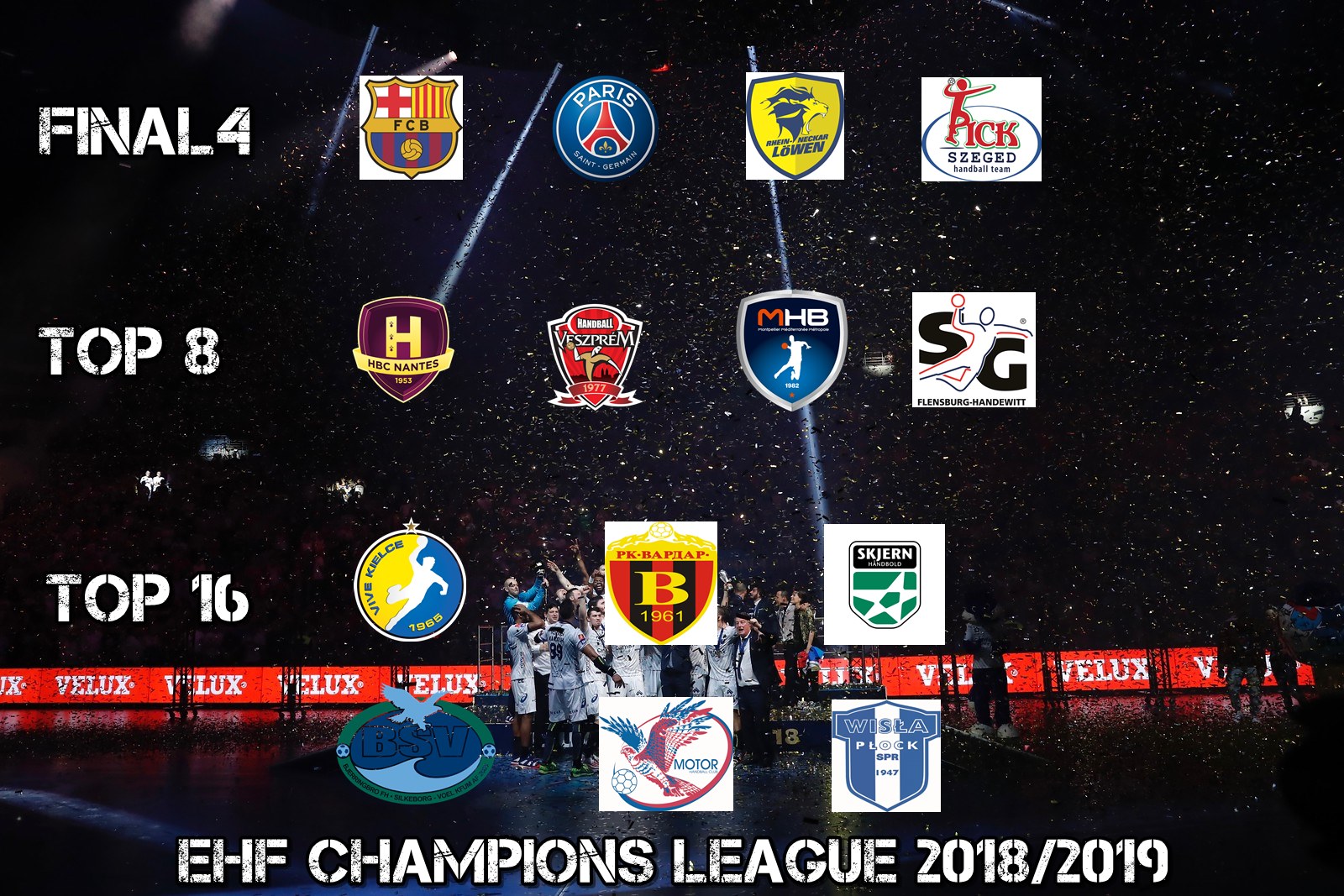 The VELUX EHF Champions League 2018/2019 will start on September 12 in the Finnish city of Vanta and Ukrainian Zaporozhye, where two first matches will take place.

Handball-Planet.com like always, making a small intro to the season by short prediction of placement of teams at the end of the season.

FC Barcelona Lassa, Rhein Neckar Lowen, Telekom Veszprem and Paris Saint Germain, in opinion of Handball-Planet.com TEAM, have the biggest chances to open the doors of Lanxess Arena in Cologne in the final weekend of the season – June 1 and 2.

With Aron Palmarsson who began season regularly and TOP signing like Ludovic Fabregas from Montpellier Handball, FC Barcelona Lassa are ready to get back to Cologne after a year of absence.

MOL Pick Szeged showed TOP quality in the Hungarian Play-Off Final against Telekom Veszprem. Juan Carlos Pastor made even stronger squad with Spanish forces Canellas and Maqueda for the upcoming season. It is probably the strongest since he came to Hungary. This team can make something big…

Rhein Neckar Lowen have been ready to play in Cologne last season also, but collision between DKB Bundesliga and EHF directly punished German team. The “Lions” are even stronger than before with the same face on the bench. It is time that German club again play at Final4 after two years break.

PSG Handball have the strongest roster in European handball and with Raul Gonzales on the helm, Final4 placement is MUST for them. The French champions are “champions of season without Cologne”, but maybe this will be the year where barrier on Rhein river will be broken?

What are you thinking about?