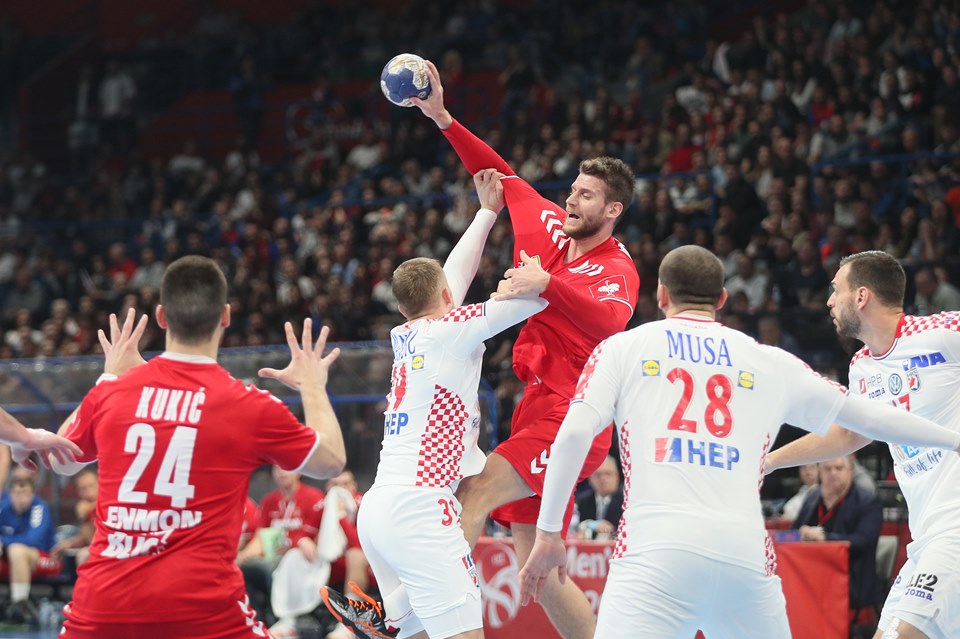 The 2020 EHF EURO will start on January 9th with three hosts: Austria, Norway and Sweden. The champions Spain are also there and in the last weekend we discovered the first participants from the Qualifiers phase. Format, without playoffs and the points against the 4th rankings disappear, make it much more interesting.

The first one secured qualifier was Germany who defeated Poland two times in three days: 26:18 away in Gliwice and 29:24 in Halle. Ten goals by Uwe Gensheimer made him the 3rd overall top scorer in the German national team behind Frank-Michael Wahl and Christian Schwarzer. The surprising problem for the Polish team is Israel. Last Wednesday, the Israeli team suffered unexpected lost in Prishtina, 24:27, but at home they did what they need – got a 30:24 win on Kosovo with a great performance from 18 years old right back, Daniel Mosindi. Because of the format and the Israeli 25:24 on Poland, Israel will need one point from the last two matchdays, Germany at home or Poland away, for the first Israeli EURO ticket since Sweden 2002.

In group 2, Croatia got 3 points from two meetings with Serbia, 25:25 in Belgrade and 27:23 in Zadar, that were enough for the ticket. Since Portugal 1994, Croatia played in each of European championship. Switzerland who played in the local European championship in 2006 got closer for a comeback with a back to back win on Belgium. Andi Schmid and Pfadi Winterthur’s left wing Marvin Lier scored 15 goals each in that matches.

Group 3 is totally open. After last weekend, Greece has a problem because they lost two times to the neighbor Turkey, 22:26 at home and 23:26 away. The right wing of Göztepe SK, Görkem Bicer, was the best player with 14 goals in total. 12 goals in the second match by Dimitrios Tziras from Olympiacos SFP did not help the last place Greeks. Northern Macedonia, that lost the match in Greece last October, defeat Iceland in Reykjavik 34:33 and stayed in top place with 24:24 in Skopje.

The last team that secured the 2020 EURO ticket last weekend is Slovenia. After the 2019 world championship playoffs one goal defeat to Hungary, they came hungry and angry for the current campaign. The well-known Slovenian handball style took them to the EURO with 100% wins, include back to back on Netherlands – when Blaz Janc and Miha Zarabec were on top. When we think about Latvia – we think on Dainis Kristopans, probably. But, the team that haven’t play in any kind of big tournament yet, are very close with 6 points in total. They defeated Estonia two times while the top scorers were the right wing, Uvis Strazdinš from the Estonian HC Kehra and Eglis Politers. By the way, in the 2015 IHF Emerging Nations Championship in Kosovo, Latvia lost 24:27 to Faroe Islands. What an amazing progress!

One of the most equal groups is number 5. Finland in last place with 0 points but the difference between Czech Republic on top to Belarus in the 3rd place is just 2 points. The Czechs lost 30:31 to Belarus on home court in Plzen and beat them away 26:24 in Minsk. Bosnia & Herzegovina took 4 points from the matches with Finland. Nikola Prce from KS Azoty-Pulawy SA scored 14 goals in total. The biggest surprise from the qualifiers came from Portugal when the local national team defeated France 33:27. In the Round 4 in Strasbourg, France got an easily 33:24 . Portugal is happy for a close ticket for the first big tournament participation since Switzerland 2006, while the Olympic vice champions still think about “How did it happen?” In the same group, Lithuania got a surprising 24:23 on Romania with 5 goals from Bregenz left back, Povilas Babarskas. This result might send this two teams home because only the 4 best 3rd ranking, teams without the points vs. the last place, will grab the last EURO’s tickets.

If you look for a disappointing national team – that might be Slovakia. If you say that “Slovak’s last EURO was in Serbia 2012” – you will be right but this the second EURO qualifiers that they look bad. They lost all the matches, even back to back 26:23 for Italy that came from Q1. The Italians chase after Hungary and Russia. Both teams close to the EURO but the Hungarian situation is much better after 3 points from the matches with Russia, include impressive 25:19 in Astrakhan.

And in the crazy Group 8 we got great matches. Montenegro defeated the world and Olympic champions Denmark 32:31 and suffered a big defeat in Copenhagen – 26:37. Faroe Islands players that took a point from Montenegro were very close to another one but lost 26:27 for Ukraine in the “home” court in Copenhagen. The second match was much easier for the Ukrainians – 30:19 with 6 goals from Sergiy Onufryienko.