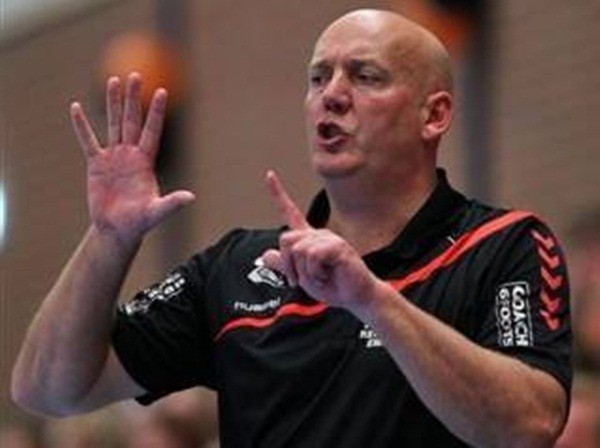 Not so long ago Holland hasnot played a major role in the world of handball. However, situation changed dramatically in a last couple of years. Having a good idea, vision and clear goals paid of by women’s team reaching the finals at the World Championship in Denmark at the end of 2015.

Now it’s time for Dutch men’s team to try to reach the World Championships in France. They won the first of the key matches in Switzerland and are only 60 minutes away from reaching play-off. Handball-Planet.com brings an exlusive interview with Joop Fiege, the head coach of Dutch team. As a player Joop has achieved 140 national team appearances while as a coach he successeded to become multiple Dutch champion and to qualify for the several big competitions with the U21 national team.

Has an interestin handball increased after women’s adult team achievment at World Championship in Denmark?

Girls did a very good job. There were 4-5 games live on television followed by talk shows. So everybody was talking about handball. We never had such a situation before. It was a very good event for increasing the popularity of handball in Holland.

Do you think the result that girls achieved can also reflect on men’s handball?

I think so. For Holland where handball is not such a big sport every good result can be a real boost. And everybody loved watching the matches, broadcast from Denmar was on very high quality level.

Are there more handball talents in Holland than maybe some 10 years ago?

I’ve just done my last job as an U21 head coach because Federation wants me to focus more on adult team. Situation changed much in last ten years. We started handball academy for girls earlier and we did the same for boys three years ago. The results are obvious in women’s handball and boys also took the part three out of last four World Championships in younger age categories. The best effort was in Bosnia and Herzegovina (U21 WC, 2013) when we finished the tournament on fifth place. So for very small handball country we do a very good job.

How far is a men’s team from top results? Can we expect something similar to happen like in women’s team in a next few years?

Well, we focus on EC 2020. We want to participate on this one, but it would be very nice to be a part of big competition even earlier. It would mean a lot for my players, they would play much tougher games.

Can games against Switzerland be some sort of turning point for Dutch handball?

If we can beat Switzerland and we have a bit of luck in June we can make a really good job for Dutch handball. Of course, it will be tough against Switzerland, but I believe it is possible to beat them.

How would you sum up first match played in Switzerland? (won 21:24)

We had some difficulties in the first half with our defence, so Swiss was leading with 11-7 after 20 minutes. After that the defence was better and at half time it was 14-13. In the 2nd half we made some mistakes so it took about 20 minutes before we could make te equalizer 19-19.From that point we played better in the attack and won with 21-24.

What are the Dutch advantages tomorrow versus Switzerland?

Well, I think this match is 50:50 and in such a situation defance and goalkeepers have to do the difference. Of course, they have Andy Schmid but we also have couple of very good players. I believe we will play very tough games.

How is the Holland handball league? Is it strong enough to enable all of the talented youngstersto reach their full potential?

Is it the same situation with coaches?

Yeah, I would like to do it myself as well. One of my dreams is to work in a big league, big competitions.

It does not matter that much for me, I just want the club to be fully professional. In the Netherlands it is always difficult because players have to work or go to the school. So it is very tough to be fully focused on handball – sums up the head coach of Dutch team.