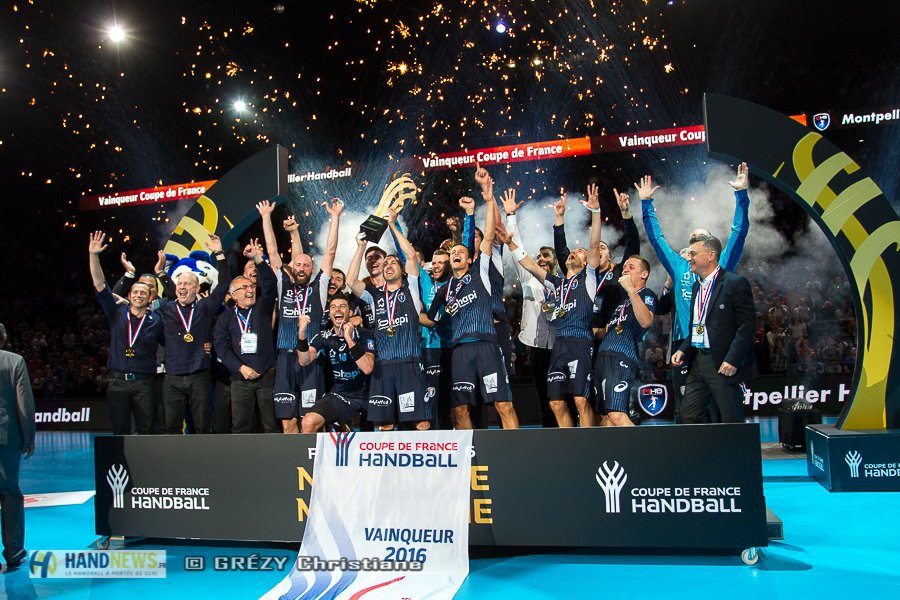 Montpellier Handball won second trophy in the season 2015/2016 by beating “unbeatable” Paris Saint Germain a the Cup Final – 38:32 (18:13). That was the second defeat in a row for the Zvonimir Serdarusic boys, who obviously searching for the form which will lead them to the most wanted trophy – at VELUX EHF Champions League Final 4 in Cologne. They lost against US Creteil in Championship match last Wednesday.