Significant win of TATRAN over Medvedi in Chekhov | Handball Planet 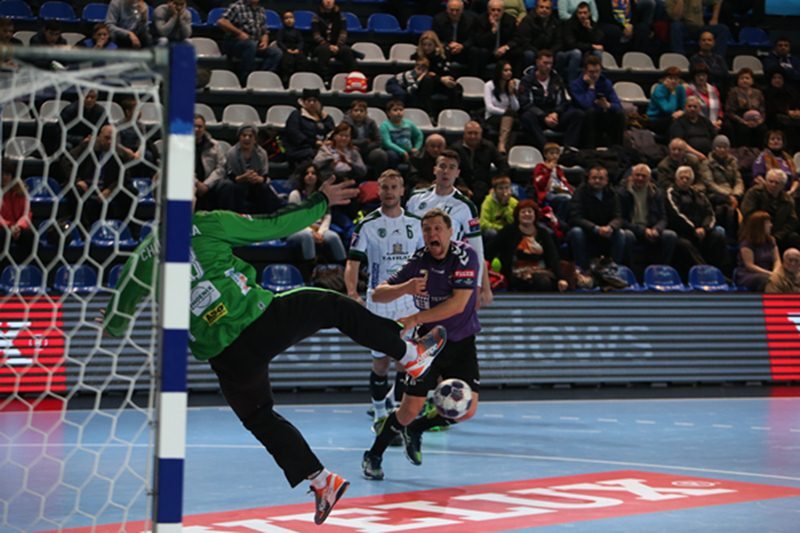 In the 6th round of Group C in the Champions League TATRAN Presov beat Russian champions Chekhovskie Medvedi 29:28 in Chekhov, Russia.

The Slovakian champions kept one goal lead in the beginning of the game. However, hosts managed to take 5:4 lead in 9th minute. In next 6 minutes of the match TATRAN played excellently in defence, which could completely rely on outstanding goalkeeper Igor Chupryna, and after their series of fast breaks TATRAN scored 7 goals in a row, which meant their 6 goal advantage – 11:5. The home team, however, did not give up and reduced the score to 2 goal difference in 22nd minute – 12:10 for the guest team. The game was narrow and TATRAN kept their 2 goal lead until 27th minute – 15:13. The Eastern Slovakian side managed the end of the first half in a brilliant manner. After other great saves of Igor Chupryna TATRAN scored 3 fast goals and extended their lead to 18:13, which was the half time result.

In the opening phase of the second half TATRAN controlled the game. In 36th minute they even led by 7 goals – 23:16. Despite this huge advantage TATRAN did not manage to score a single goal in next 11 minutes of the match. Medvedi came back, punished the mistakes of the guest team and scored 6 goals in a row. In 47th minute TATRAN led only by 1 goal – 23:22. After time out taken by Tatran´s coach Rastislav Trtik in 48th minute, Slovakians, who played this crucial game only with 12 players and injured Viacheslav Sadovyi sitting on the bench, mobilized their efforts and managed to extend their lead to 25:22 in next 2 minutes. Medvedi reduced the score to 1 goal difference several times in last 10 minutes of the game. The Man of the Match, TATRAN´s goalkeeper Igor Chupryna finally became the hero of the encounter. He managed to save 100% goal chance of the home team captain Kovalev in the very last second of this dramatic game, which meant that TATRAN clinched 2 important points after 29:28 victory.

“It was an amazing equal game, which was dynamic and dramatic till its final seconds. Our team delivered a very disciplined performance with minimum amount of mistakes. The players shared their responsibility for scoring goals very well. The cherry on the cake was the great saves of Igor Chupryna. After the first encounter against Medvedi we believed ourselves a lot. Today we confirmed it by our excellent performance in Chekhov.”

“We played a very good match in Chekhov. From the beginning of the game we played in an outstanding way in defence and attack. Unfortunately, in the second half we underestimated the home team, when we led by 7 goals. We started to make mistakes and allowed Medvedi to score easy goals. In the end of the game, we were luckier side. We obtained 2 precious points but we have to remain concentrated and work hard.”

Dominik Krok, left back of TATRAN:

“It was a great game. We are very happy we managed to win on the “hot” court of Medvedi in Chekhov. We were focused and led even by 7 goals. Despite this fact we did not manage to avoid unnecessary mistakes once again. We wasted our lead. Finally, we were luckier team in the final phase of the match. We deservedly won this game and took 2 important points. Great Igor Chupryna made the difference in this game.”

“We knew we could expect a very tough game in Chekhov. We had a huge handicap because we missed our defensive couple Pekar and Sadovyi. In the first half we played excellently. In the second half it was a bit worse. But finally we won and clinched 2 key points.”

After the 6th round of the group phase of the Champions League TATRAN Presov are the 3rd in the incomplete table of Group C with 6 points for 3 victories and 3 losses. In the 7th round the Slovakian champions host French Montpellier HB. The game is scheduled for Saturday 19 November 2016 at 16:00 CET in TATRAN Handball Arena, Presov, Slovakia.

In the second match of the Group