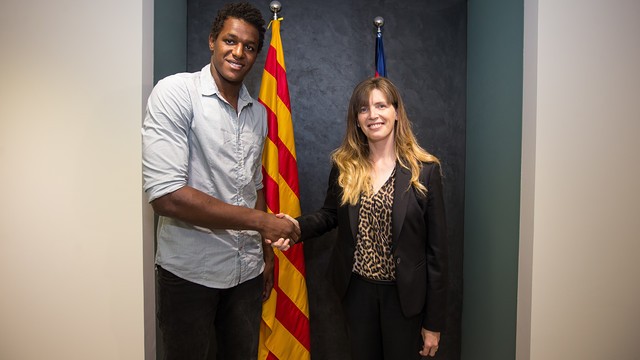 One of the best and most perspective African players, Tunisian left back Wael Jallouz (23) has signed two years contract with Spanish FC Barcelona. He left German THW Kiel after only one season on Baltic coast. Jaluz came to Germany in the summer 2013 with high expectations, but he wasn’t in the serious plans of Alfred Gislason from the very beginning. Period of adaptation was too long and this kind of conclusion was expected, even more after club signed Joan Canellas, one more left back from HSV Handball.

Jaluz has played in Hammamet before he came to Kiel. He is regular member of Tunisian national team. Wael competed at Olympic Games 2012 and will be one of the biggest strength of Tunisians in Qatar 2015.