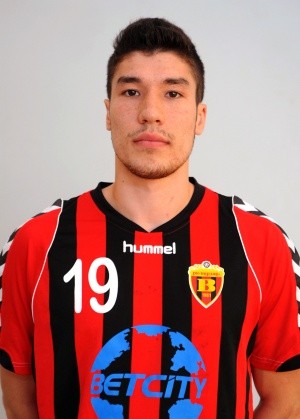 Spanish youngstar Alex Dujshebaev is the WORLD BEST YOUNG PLAYER 2013/2014. Ex member of Ciudad Real and Aragon, who had no luck to extend his career with BM Atletico Madrid, last summer joined ambitious project of RK Vardar Skopje and made a real „boom“ in the EHF Champions League. Macedonian vice-champions had fantastic season,  they stayed out of F4 in Cologne for just one goal against SG Flensburg, but Alex and his team-mates can be very proud on all what they did during EHF CL campaign. Dujshebaev Junior talks with Handbal-Planet.com about the award:

– I am very happy and feel so proud to receive this prize. It is amazing to know that so many people think that I am the best young player of the world. I will try to work hard every day to be better than the day before – says Alex and adds his thoughts about the season:

– We had very good season. It was so hard to stay out of the F4 for just one goal, but we won the SEHA League. Generally, I am satisfied and hope that next season will be even better. Thank you all! – Dujshebaev sent message to HP visitors.