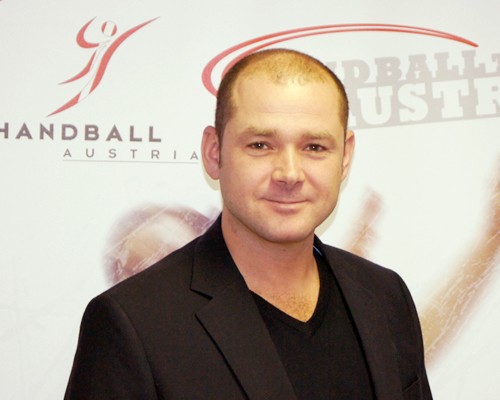 Another fantastic handball event is ahead of us in Austria in the next two weeks. The best 16 European teams in generation 1994 will compete for the title of the best at Men’s U20 EURO 2014 in Linz and Traun. Handball-Planet.com talked with the secretary General of Austrian Handball Federation, Martin Hausleitner, in warm-up for two weeks full of joy for all handball lovers, but the story began with the success of Austrian handball – placement at Men’s World Championship 2015 in Qatar.

– To qualify for the World Championship as a teamsport in Austria is a very special thing, but our team is a very special one in the history of Austrian Handball. Our key players gained a lot of experience during the last events and we have an experienced coach, who always wants to have the best in the right situation – so it is logical for us, that we are not just happy to take part in the Championship.We are never favourites, but we are able to fight the big nations! So we will see, the big aim is to reach the eight final!

Austrian handball making a real good results since EHF EURO 2010, when revolution began with the home event. What is your conclusion about this period before and what is your main tasks in the future?

– We had a good team in the early 90’s, after that period the Austrian Federation had to built up a complete new generation and it was a very difficult task to reach a good international level. Our team was young and we did not have often the opportunity to play against the best teams. Finally, we had the idea to take the next step and organize the Euro 2010. The players took the chance and developed. We started other projects with our youth national teams and talent centresin the background , offering young players to have training two times per day. In the meanwhile we could substitute 8 players from the EURO 2010 squad with young players. We want to develop roster for the EURO 2020 in the future, starting with the generation playing this year at the U 20 EURO 2014 in Austria.

How far is Austrian Men’s team from Olympic tournament and do you dream about that or that is reality right now? Which level of impact that could have on your organization and popularity of our sport?

– The Olympic games are the greatest aim in the mind of a handball player, special for an Austrian one, as the last one took part in Olympic games in 1936. The way to the Olympics is prepared only for the best in Europe – it would need all our power and luck to reach even the qualification tournament! But as our coach said: In sport you must not be a realist!In a country, where winter sport is dominating the public interest, it would be a very big chance to promote handball and fascinate people!

Which kind of potential you have in your women’s NT? How you can describe in women’s Austrian handball in general.

– The situation in women’s handball is very difficult. During the last 30 years Hypo NÖ dominated a weak league and destroyed any ambitions of other clubs to reach the top. We could get some more players in the last years from our talent centers and our younger age national teams reach some good international results, which offered the players to play in good clubs in Germany. Our team missed the qualification for the next EURO, but we will try again. The situation is quite similar to the situation of our men’s team 10 years ago. In women’s handball in Austrian money is short, so the situation in our clubs is very tough. We are concentrating on the work with our talents in the talent centers and try to motivate these players to go to a club abroad as playing as a professional player n Austria is not possible.

Austria needs TOP male team who will compete regulary in EHF Champions League. Do you see possibility for that?

– This is the wish – the problem is, hat our seeding is so bad, that it is very difficult to reach the group phase. Further the clubs have an arrangement, that in each club only 4 foreign players are allowed – which is on the one hand very good for the development of young Austrian players, on the other hand it is difficult for clubs to compensate different positions in their team. The third and biggest problem is, that playing European Cup or EHF Champions League causes only costs and no income. 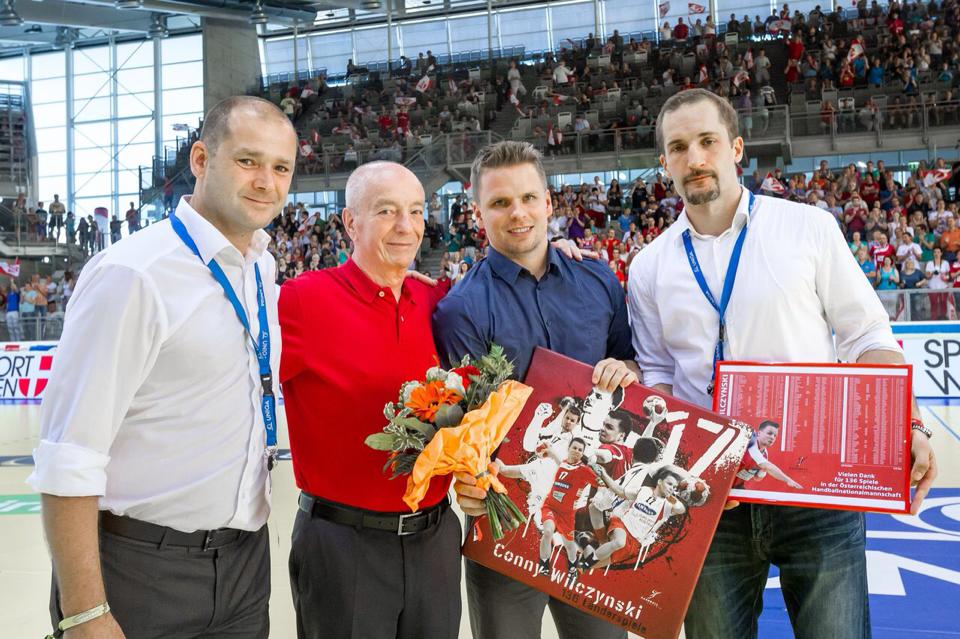 How do you satisfied with the progress of Austrian handball League?

– The clubs and the league is developing constantly, competition is exciting as even the last of our ten clubs is able to beat the champion, the TV figures are raising every year. We changed the playing system to a knock out system – starting with quarterfinals. The audience in the venues likes the new playing system! The clubs in the league are working constantly and good for the development of young players, everyone takes profit from these initiatives. We are facing problems with old and small playing venues, which makes the financial situation for the clubs difficult and is limiting the international ambitions of the clubs.

How do you see Austrian handball in five years?

– One year before the next big handball event in Austria – the Euro 2020 organized together with Norway and Sweden! …. and we will be a polite, but very strong host! (smile)

WE WILL BE A GOOD HOST

You becoming famous as a good organisers of big handball events. What you prepared for Linz and Traun? Why you choose these cities? Which is your expectations from U20 Men’s EURO 2014.

– We gained a lot of experience through the last years organizing EHF EURO events, from 2005 on, we organized 2006, 2010, 2012 Euros. It is always a big chance for handball in Austria to get more popular, so we choose always different regions to organize these tournaments.We want to be a perfect host, offering the best opportunities for the players and the officials and good entertainment, not only due to good handball games. We have big advantage in Austria, that we are situated in the heart of Europe and easily reachable from a lot of countries. Linz is a very nice city, offering a wide range of sights and a lot of accommodations. We choose a big playing venue for 6.000 spectators, as we expect a lot of fans from all over Europe. So we hope, that a lot of people will attend the games and we can celebrate a big handball party in Austria. 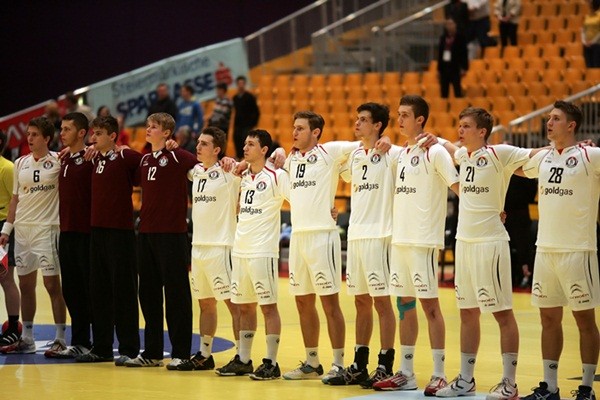 How do you see chances of Austrian junior team?

– The Austrian team had a very special preparation, the boys had the opportunity to play in the second part of the national championship, 10 matches in the league, so we hope that they will play on good level in the Euro and reach the main round.

How many people working in this project?

– When we start to organize the event, we were only 4 people in our federation, but month by month our team is growing, at the end at every venue over 100 volunteers will work to get the best possible conditions for our guests – concluded Martin Hausleitner interview for handball-planet.com.