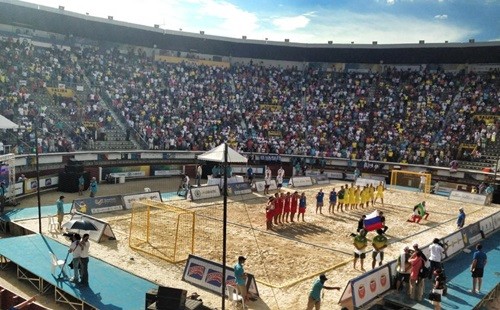 The first step of including Beach Handball in the Olympic programme has been made. As of the 2018 edition of the Youth Olympic Games, which will take place in Buenos Aires, Argentina, Beach Handball will be part of the official programme. As a next step towards including beach handball in the programme of the Summer Olympic Games, the International Handball Federation together with the International Olympic Committee, the Canton of Vaud and the City of Lausanne will stage a beach handball exhibition game on Thursday, 16 July, on the shores of Lake Leman in Lausanne, announced IHF.

The final goal of the IHF – Beach Handball as an official sport at the Olympic Games in 2024.

Two teams in men’s and women’s category each, composed of the best beach handball athletes of the world at the moment will play against each other in order to present this summer discipline of handball to the Olympic movement and to the members of the International Olympic family. The demonstration matches will be played in the presence of Dr Thomas Bach, President of the International Olympic Committee as well as various dignitaries from international sports federations and the worldwide Olympic movement.

The event will begin at 18:00 and the two matches will bring out the most attractive feats of this rapidly evolving discipline. It will take place on the Plateau De Education Physique right next to the Pierre de Coubertin Stadium.