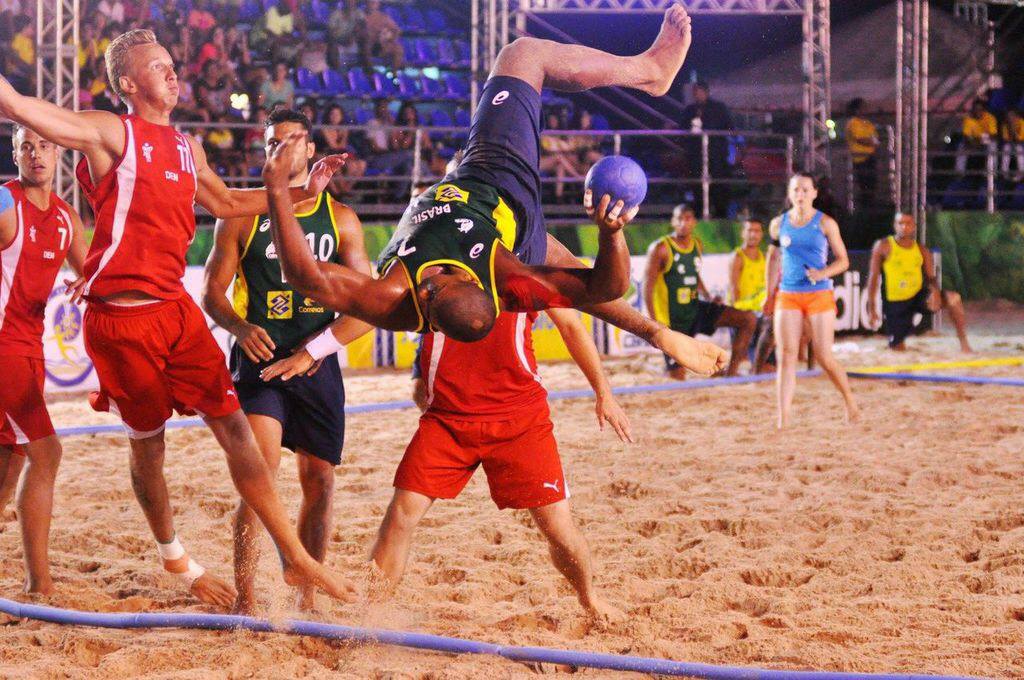 Share
Tweet
Share
Share
Email
Comments
It was a sunny day in Recife. But the Danish dynamite was drying too late. Against Hungary the team from Scandinavia won the last match in preliminary round B. But it was a victory only for statistic books. Spain and the team from the Ukraine won their last matches too, so Beach Handball World Silver medalist from 2010 and 2012 could make it only to the fourth place in the final ranking. The winner of this decision is Hungary. The European Champion starts with four points into the main round. Defending champion Brazil has also four points. The host stormed from victory to victory in its group. Also Norway was not strong enough to stop the Brazilians. The top favorite for the title is the only unbeaten team in the women’s competition. Norway and Italy complete the main round. But there are also interesting matches in the consolation round. Australia is the only team without victory. But the girls from down under lost unluckily two times by shoot out. Chinese Taipei and Taiwan won one match each – now they will meet in the consolation round. It’s the rematch of the final from the Asia Games last year, when Taiwan won the title.
Defending champion Brazil was the top team in the first round of the men’s competition. Denmark was strong but not strong enough to bring the host into trouble in the little final of the group. The third place in group A was reserved for Serbia. The Serbs bet Oman. Uruguay ranked fourth, than Oman and Australia.
Nothing was clear before the last matches started in group B. Croatia and Qatar with six points, Egypt, Russia and Spain with four points fought for the three places in the main round.  Qatar won against Egypt, Spain was too strong for Australia but the real thrilling match was the fight between Russia and Croatia. After the 2×10 minutes the result was 1:1. The shootout decided – not only about the match; also about the way in the tournament. Finally the European Champion was the lucky team. So Croatia won the group, Qatar and Spain walk together with the Bronze medalist from the 2012 Beach Handball World Championships into the main round. All three teams took two points into the next matches. They bet each other in the preliminary matches. So Brazil will be on the top of the ranking when the main round starts. And the host remains the top favorite for the whole tournament – in the men’s and women’s competition.
MEN’S TABLE:
Brazil 4
Denmark 2
Spain 2
Qatar 2
Croatia 2
Serbia 0
PHOTO: fb Beach Handball 2014