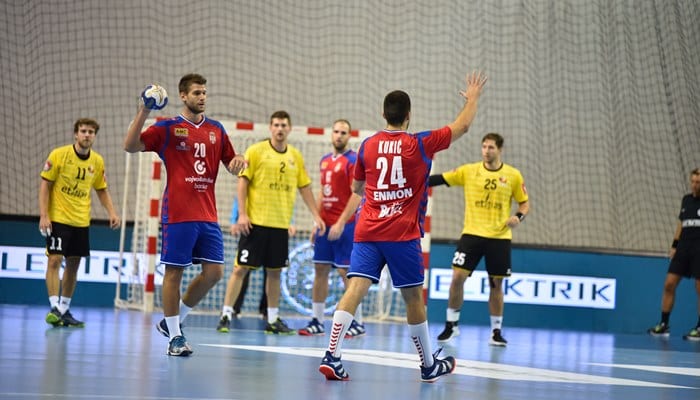 2021 is so far not the year of the Red Wolves. After the handball was removed from the top sports list a few weeks ago, the national team now has to process a second sacrifice. “With a great deal of regret in our hearts, we have had to inform the EHF that we have to forf out the planned European Championship qualifiers in March”, says national president Jean-François Hannosset. “We have tried for a long time to obtain a postponement, but we also understand that the EHF takes into account the calendar drawn up and wants clarity. It’s here now. The Red Wolves will not play any more European Championship qualifiers this year. The decision was taken in consultation with the players, staff and directors of the KBHB and on the basis of the applicable safety regulations relating to the current health crisis. Getting the boys ready to play these matches in March without any kind of competition would have been irresponsible. The chances that they would suffer serious injuries there and that their clubs will suffer is too great.”

The EHF understands this exceptional situation but must also apply its regulations. The Red Wolves will have to play two jump-off matches in January 2022 in order to advance to the actual qualifiers of the European Championship 2024. Those qualifiers will be played in November 2022. A similar situation with the barrage matches the Red Wolves played against Cyprus at the beginning of last year. “We have fallen into the drop from the rain and now, like some other federations, have to bear the consequences. We now owe it to ourselves to take action. It is important, together with the clubs that want to join in, to work on a semi-professional framework that will make us better equipped in times of crisis to deal with such setbacks and allow our sport to evolve. As a former handballer, I know only too well that when you play a game you collect ticks, but at the same time you also hand it out. On a sporting level, this is a tick for the players, the Belgian handball, the federation and myself. However, I don’t want to sit by the suits and work with my team on the future. We owe it to ourselves, our players, our clubs and our partners. At the same time, we need to give more autonomy to the professionals who support us,” says Jean-François Hannosset.

In May this year, the Royal Belgian Handball Federation wants to bring the players together for an internship and let them play one or two exhibition matches. This is a first step in the 2023 World Cup qualifiers. The first two games of that campaign will be played in November this year.

This means Serbian “Eagles” will qualify for the EHF EURO 2022 already as they won 5 of 6 points and only has one more match against Greece.