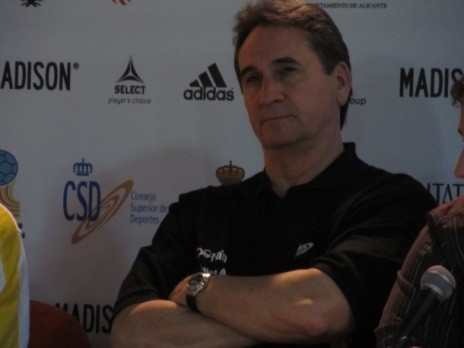 Qatar is largely preparing it’s team for the World Championship 2015, and national team coach Valero Rivera is slowly building the team for the big event in Qatar. A name that will surely feature at the WC 2015 is Borja Fernandez. The two know each other for a long time, and acccording to Borja it’s Valero Rivera’s call that made him do this decision, otherwise he would not think of it. The player already played some friendly games for the Qatari national team this October.

“He (Valero Rivera) was a key figure in my career. 90% of the decision to play for Qatar I took because of him. If it was someone else, I would have to think more of it” – added Borja Fernandez.