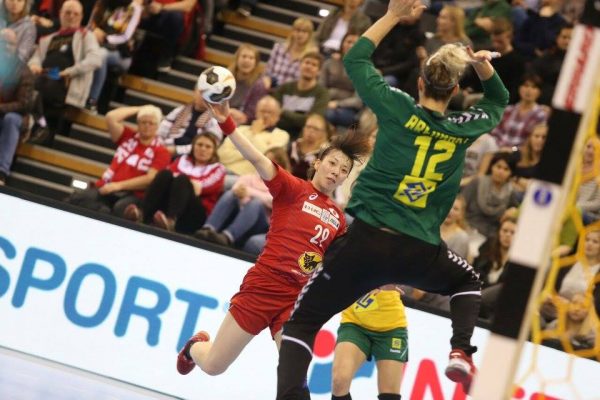 In a match dominated by the Asian team from the beginning until the last moments, the Brazilians grasped a draw in the dying minutes: it was 28-28 after the final whistle. But this tie was not the only surprise in group C as a rejuvenated Montenegro defeated Denmark. Russia had no problems against Tunisia.

20 seconds left on the clock. Brazil has the ball, it’s a free throw. The last chance to convert and take a win in a match they’ve been losing the entire time. The Japanese defence awaits. Time’s on. There’s a foul. One last opportunity, the clock is ticking. Ana Paula points out to the French referees that the defense are not on the 6 meter line. The pass goes to Eduarda Amorim who takes a standing shot and sends it in. Time’s up and Braziian players celebrate. But the goal is not valid, as it did not cross the line before the final buzzer.

It was not the expected debut in the World Championship for 2013 champions Brazil, now conducted by Spanish Jorge Dueñas. But on the other side of the court there’s the bitterweet taste of a draw that could’ve been a victory for Japan, now under the command of Danish Ulrik Kirkely. The Asians took control of the match from the very first moment and were able to extend the lead up to 7 goals (the biggest gap) only moments before the end of the first half.

The defence was one of the major problems for the Pan American champions, who are struggling with the new system proposed by the Spanish coach. The small Japanese players took advantage of some of the miscoordinations in the Brazilian defence and used their fast paced game to create spaces and bring trouble to take a clear lead in the game.

For nearly 53 minutes, the absolute control of the match was from the Japanese team; but their fate changed thanks to great performances from some of the most experienced players. Eduarda Amorim (named MVP of the match), Ana Paula Rodrigues and team captain Bárbara Arenhart (42% saves) lifted the team and thanks to their interventions and so the Brazilians reached the las minutes of the match with chances to overcome what could’ve been a disastrous start for them. The final score was 28-28. Top scorers of the match were Ana Paula Rodrigues (11) for Brazil and Nozomi Hara (7) for Japan.

On the first match of the day Russia outplayed Tunisia 36-16, while Denmark was suprised by rejuvenated Montenegro and was defeated by 24-31. With these results, the Olympic champions and Montenegro are first in the group with 2 points (goal difference favorable to Russia), Japan and Brazil follow with one point and Denmark is at the bottom of the table with the defeat.