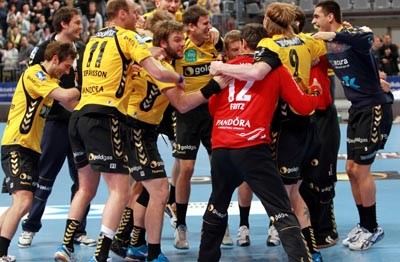 Emsdetten have just increased their chances of giving better fight in the Bundesliga relegation battle after they have beaten Lubbecke at home, when everyone considered Lubbecke a huge favorite due to their recent displays. The hosts have however, supported by frenetic crowd, given good fight and with much effort secured a much-needed victory, 27:23.

Eisenach were on the verge of making an enormous surprise in Mannheim. They had a 15:10 lead over the Rhein-Neckar Lowen at half time, which left everyone in the SAP-Arena shocked. But no worries, Gudmundsson gave the perfect instructions at the break time – his team with a superb play won the second half with +8, and in the end took the two points, 30:27.