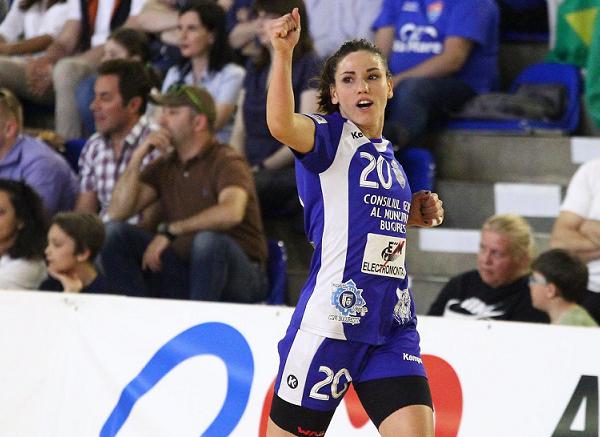 It was the match neither Budućnost nor CSM Bucuresti wanted to play. It started tough, as expected, but the presence of Paula Ungureanu on goal rapidly turned the tables for the Romanian side. The experienced goalkeeper was an important factor for the early 4 goal advantage for her team.

On the attack, and under the command of Isabelle Gulldén on the centre back, CSM Bucuresti found the rythm and the goal. Connections with Oana Manea on the line were deadly (3/3), and the Swedish herself netted 4 times on the first half. Just like yesterday, the first goals from Budućnost were only from Cristina Neagu and Katarina Bulatović. The Montenegrin side suffered the interventions from Ungureanu and were unable to score for  minutes. The goal difference stretched and with Neagu on the bench, it looked difficult for the conducted by Dragan Adžić to overcome the result.

But it was certainly not a problem for the Montenegrin coach. With Neagu on the bench, he relied on all of the team youngsters who, slowly but patiently, started to change Budućnost’s face and lifted the match. With Ema Ramusović, Itana Grbić, Djurdjina Jauković, Dijana Ujkić and Ivona Pavicević on court, and with a few astonishing interventions from Marta Batinović, the two time European champions were back in the game and went to the locker rooms with a one goal deficit (12-13) that left all possibilities open.

But despite the breath of hope that the youngsters brought to the Budućnost fans in the Arena, CSM got serious and stepped on the gas pedal to get away with a win. At one point, the only player on court for the Montenegrin team, above 22 years of age, was the experienced Katarina Bulatović, who gave her best to inspire the girls around her, but had to deal, mainly, with the lack of precision in the definitions. It was a long second half for the young squad of Budućnost and the Romanians wasted no time to make sure things wouldn’t slip away.

The final result was 20-26 for the then reigning champions of Europe who can go back home with a different taste. “Last year I lost both games of the Final 4 and I didn’t want to finish like that again, this year is better. It was really hard to play against my ex club, and the entire game I had a mix of emotions, but in the end we celebrated. We played really good, we fought the whole match and in the end we won”, expressed left wing Majda Mehmedović, who finished fourth last year with the Montenegrin side.

On the other side, the end of this long run was very dissappointing for Ema Ramusović. “We lost yesterday, we lost today against CSM Bucuresti, I really don’t know what to say. Our defence did not work, the attack didn’t work either, I can only say that all of the young players, we came to play, to have time on the court and I think we did well, because we played against older and much more experienced players than us, so that’s the light in this dark”.

It might take a while for Budućnost to get back on track as one of the most powerful teams in Europe, but one thing’s sure and that is that all of the young players have learned from some of the best players there are, and they will still be under the command of an experienced and determined coach like Dragan Adžić. CSM Bucuresti, on the other hand, can look forward to an exciting new season in which the astounding new additions will most definitely fight for a spot in next year’s Tippmix EHF Final 4.