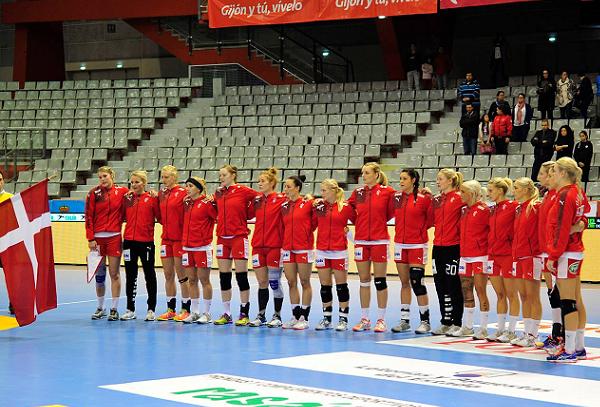 Spanish International Tournament ended with Danish team raising the trophy after drawing the match against Spain. Before the toughest match of the tournament, Angola got a victory over Tunisia by 27:22 and ended the competition third ranked, as both African teams lost their matches yesterday.

Six minutes were needed to score the first goal of the match. It seemed to be impossible for both teams due to the rough defences that were shown on the court, but at last it was Spanish right wing Carmen Martín who did opened the score. After this goal, the conducted by Jorge Dueñas didn’t have problems to find the Danish goal. Kristina Kristiansen made her team’s game shine giving to the public some spectacular goals, but Spain’s game continued flowing, so the difference in the scoreboard increased up to six goals. Coach Klavs Bruun Jorgensen had to ask a TO, which seemed to be efficient as Denmark reacted and scored almost 5 goals in a row. Spain was superior in the first half but in the last minutes the difference was not very significant (12:10), in fact, goalkeeper Darly Zoqbi helped keep the distance in the scoreboard. In the second half forces were equalized but Denmark still had some problems with the shots, as three out of four from the 7 meter line were failed. Host team continued leading the result especially thanks to a great Alexandrina Cabral and Nerea Pena in attack and Silvia Navarro on the goal line, but it was just until minute 57, as in which Scandinavians managed to turn the scoreboard. Goalkeeper/court player was used by both teams in the last plays. Spain had one last attack with 24:25 in the scoreboard and after a well managed play, Carmen Martin set the final result with a shot from her wing. Denmark won the Spanish International Tournament thanks to their goal average and Alexandrina Cabral was named MVP of the tournament. All teams are now focused on upcoming World Championship. Only six days left to start the real battle.

ALL RESULTS OF THE TOURNAMENT