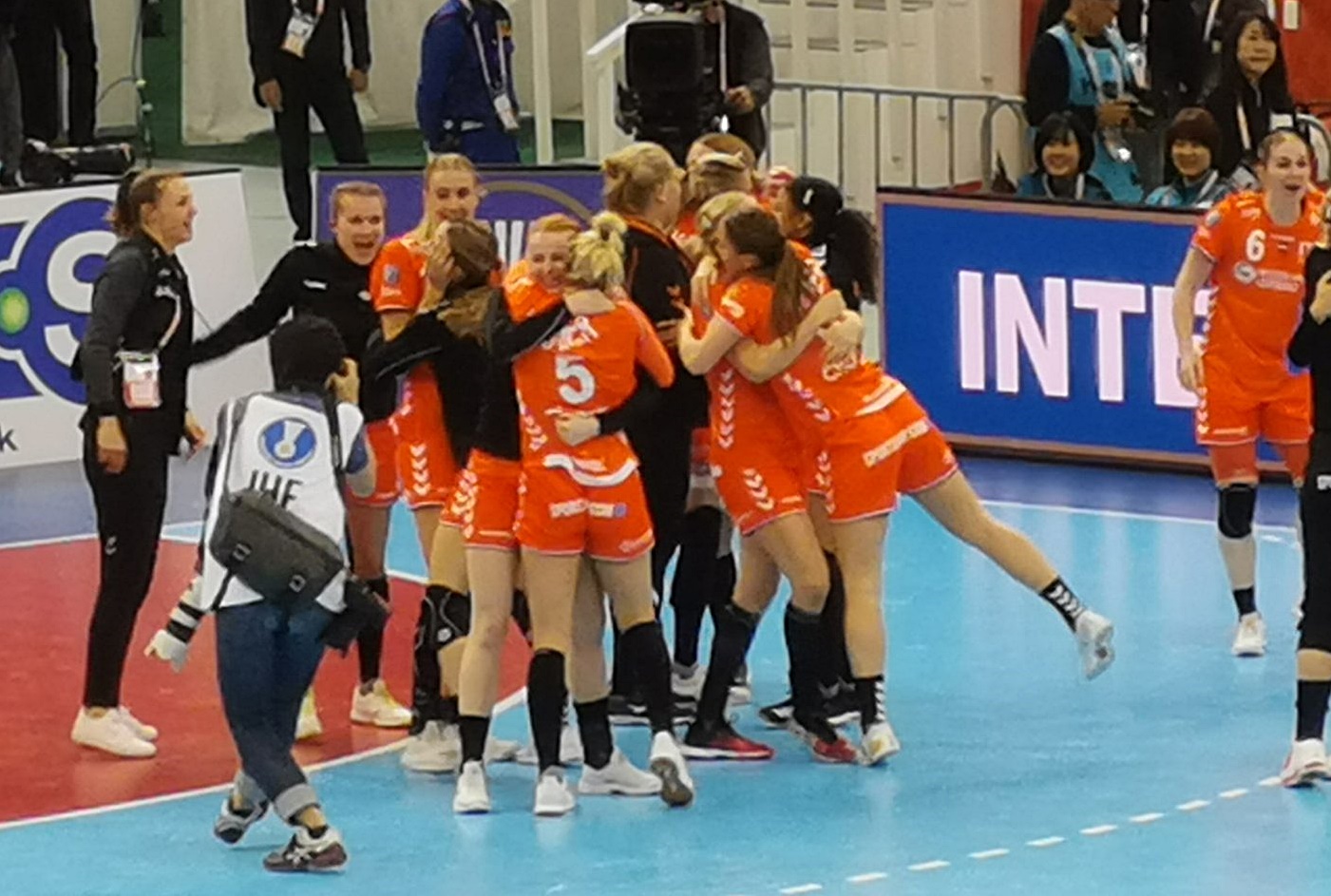 Team of Emmanuel Mayonnade won the thriller at Park Dome in Kumamoto, where French refferes sisters Bonaventura gave red card and 7-meter throw to Netherlands after “obstruction” by one Spanish player who blocked Tess Wester six seconds before the final buzzer…

This is the first ever gold medal in Dutch handball era which began with World Championship 2015 final against Norway.