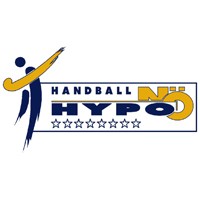 In the fifth round of the EHF Champions League (W), the Austrian Hypo NO celebrated their first two points. After huge shakeup from last season, the team proved very weak this season, noting 1 draw and 3 defeats so far in the season. Against RK Krim which only maintained Tamara Mavsar from last season, Hypo NO was competitive at home, and with 29:25 win secured the possibility of making it to the third place in the group stage. Gorica Acimovic led the Austrians with 11 goals, while Mirjeta Bajramoska was RK Krim’s best with 8 goals.

In Group D, Norwegian Larvik proved their superiority in the group by winning their 5th game out of 5 matches. This time it was only a narrow one-goal victory in France against Metz, 26:25.