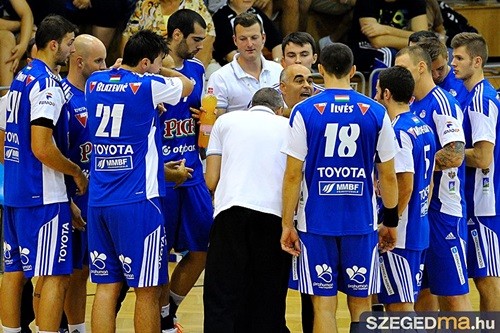 Everything is ready for the EHF Cup quarter-finals draw in Vienna, which will take place on Tuesday, 1 April 2014 at 12.15 hrs.

In the Pot 1 there will be winners of Group A (Lugi HF), Group B (Montpellier Agglomeration HB) and Group C (Pick Szeged) and in the Pot 2 the three best second ranked teams (Sportin CP, HBC Nantes and HCM Constanta).

Füchse Berlin have clinched a direct ticket to the EHF Cup Finals as the hosts of the final tournament won the Group D.

The handball fans will be able to follow both draws live on various channels. There will be a live streaming of the event on ehfTV with a commentary of Tom O Brannagain, who will also interview all club managers right after the draw.

In addition, there will be a live ticker on www.eurohandball.com available and also a live coverage on the official Twitter channel – @ehfmedia.