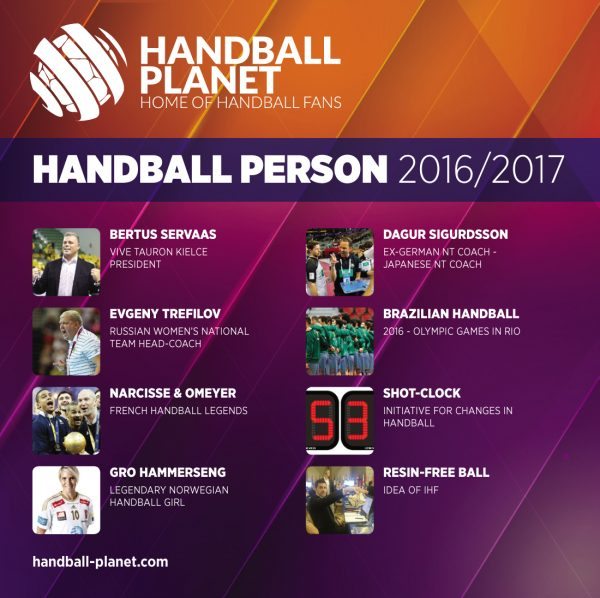 Handball-Planet.com with the support of our friends, legendary stars, famous players and coaches, wants to put lights, once again, on the season – 2016/2017. A few months after the end of spectacular year 2016 with a lot of great events, amazing matches and unforgettable individual achievements, our Contest for the HANDBALL PERSON is on the way.

Handball-Planet.com TEAM would like to praise the best of the best, individuals, among them not only players and coaches, but also events and projects who have the biggest positive impact on our sport.

HANDBALL PERSON has to be an example which will be followed and recognized by the global handball community. Values of achievement could be measured in number of goals and trophies, but on the same level with positive examples to the future generations, charity, commitment, battle with injuries and illnesses or great handball visions which provide “revolution” in some handball countries, teams or organizations.

Handball-Planet.com Team made the nominations for the HANDBALL PERSON 2016/2017. Six, like in the year before, are ahead of handball fans, who can support them by voting in the next ten days – until April 23.

Shot-clock (initiative for changes in handball)