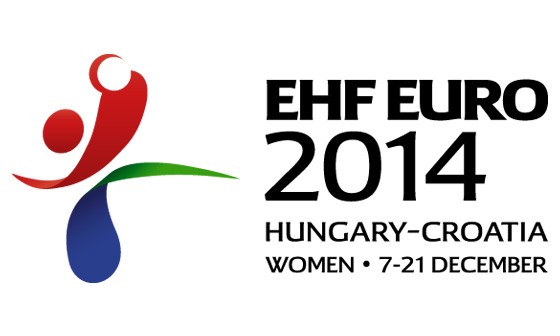 Share
Tweet
Share
Share
Email
Comments
In the opening matches of the Women’s EHF EURO 2014 Group A in Gyor, Hungary and Russia played tight match without winner – 29:29, while Spain had no problem to beat Poland 29:22.
Poland – Spain 22:29
In the first match of the Women’s EHF Euro 2014 Spain took the victory against Poland. Polish team didn’t surprise their Spanish opponents and Spain won 29:22.Poles started the game by losing the ball and very soon the Spanish team took the lead; after 5 minutes they were 2 goals ahead (3:1). Poland didn’t look very good in attack but outstanding saves of Małgorzata Gapska allowed them to equalize and take the lead (5:6, 11. minute). They even had two chances to be ahead by 2 goals but their own mistake and Silvia Navarro in the Spanish goal prevented from it. For a moment it might have seemed that the game would be tight but in 17. minute Spain regain the lead. When the gap increased to 3 goals (10:7, 19. minute), Poland’s coach Kim Rasmussen decided to call for a time-out. Poles played quite laxly, they lost too many balls and, first of all, they couldn’t break through their opponents’ defence. It seemed that Poland came back to game when Karolina Kudłacz scored for 11:10; what is more, Poland played in powerplay. Nevertheless, the powerplay wasn’t all for good because they conceded a goal and Iwona Niedźwiedź made na attacker foul. Brilliant Navarro and lack of effectiveness of Poles resulted in growing advantage of Spain. With 2 minutes to the half-time whistle, the gap was already 15:11. Polish fans held their breaths when one of the best Polish backs Alina Wojtas ended up on the ground twice after having been harshly fouled by Marta Mangue but everything turned out to be fine. Poland kept playing a bit clumsy and Spain left the court leading 16:13.

The second half began quite well for Spain as they kept scoring while Poles didn’t draw any conclusions from the first part and their style looked just the same. Spanish defence was so tough that sometimes Poland couldn’t even throw the ball towards the goal. After 8 minutes the result was 21:15. The only bright moment for the Polish team was an unexpected goal of Kudłacz who tried to pass to the pivot but instead the ball rolled into the goal. Navarro was saving ball after ball and with such a lack of precision, Poland didn’t manage to get any closer. With 10 minutes to go and with result 24:19 the match seemed to be decided so coach Rasmussen decided to give young right back Aleksandra Zych a chance; a little earlier young winger Katarzyna Janiszewska also entered the court but their performances weren’t too spectacular. Even neat goals of Kudłacz and improved performance of goalie Izabela Prudzielnica didn’t help their team and Spain in the end won by 7 goals.

The game between Hungary and Russia was full of exciting turned of events. The teams shared the points as they draw 29:29. The match began awful for the hostesses – after 5 minutes Russians were 3 goals ahead and Hungary couldn’t hit the net for more or less 10 minutes. They scored their second goal not until 12. minute but Russia kept maintaining the gap. With 3 minutes to spare, Hungarians pulled themselves together and almost caught up with their rivals. Right before the half-time, Russian goalkeeper denied an equalizer. However, she didn’t manage to do that again in the beginning of the second half and the crowd in Györ went crazy when Hungary scored for 15:15. They soon took the lead but Russia wouldn’t let go. The resut was tight for most of the time but when in 57. minute Hungary scored for 29:27, it seemed they might win the game. Unfortunately for them, Zsuzsanna Tomori received 2-minute-suspension, Russia came back and equalized at 29:29. Zita Szucsánszki had a chance to hit the net and win but she got blocked.