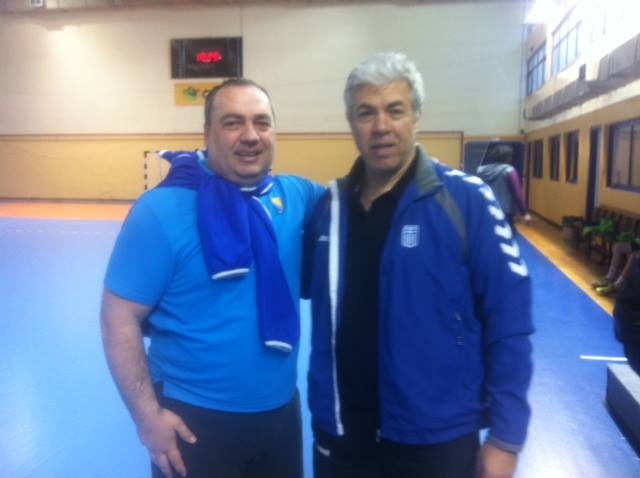 Greece will meet Bosnia and Herzegovina at the play-off round for the EHF EURO 2016 qualifications. The first clash of two teams who qualified for the WCH 2015 knock-out stage next June, will be played in Thessaloniki on Tuesday (19.00 hrs), while second match is in Cazin next Friday. History of rivality of two teams is interesting with five victories for both sides since 1999. Bosnian head coach Dragan Markovic worked with Greek legend Alexis Alvanos during his time on HSG Wetzlar bench in 2005-2006.

– “BIH is very good team for sure, but we not afraid of them. I believe that with hard work we have chances to qualify for the next round.

Greek left back Grigoris Sanikis believes in his team:

– We expect a good performance. BiH is very athletic team with physical character and that’s way we must play clever”.

– We have a very new and young team. The two teams have change a lot since the games which we played two years ago. We have a good atmosphere in the team. We expect a hard game. The first match is very important. I respect Greeks. I’ am happy to come here and too see good friends like Alexis and Grigoris”.