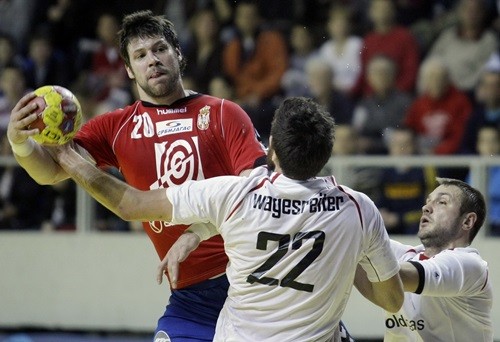 Rhein Neckar Lowen made a decision about the future on left back position. The new signing of team led by Nikolaj Jakobsen for the next season in experienced Serbian left back Momir Rnic. The 30-years old shooter coming from MT Melsungen, where he play his third season.

He won silver medal at Men’s EHF EURO 2012 with Serbia.

A week ago, Rhein Neckar Lowen made a deal with Macedonian RK Metalurg about releasing 20-year old super-talented Filip Taleski. Young left back will join “Lions” immediately after World Championship 2017 in France.