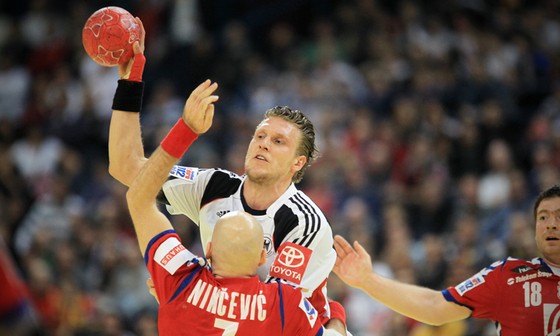 German team have won the friendly All-Star game in Leipzig against a team of world stars currently playing in the Bundesliga, led by Duvnjak and Jicha. It was an even first half in which neither team made any significant advantage, and the second seemed the same until the 47th minute when Germany through Dominik Klein made it to 27:23 lead. Team Germany then kept domination of the game until the end in which they won with 38:31 (15:17). This has been good test for Heuberger and the players ahead of the important two-legged playoff game against Poland for the World Cup 2015 in Qatar qualification.