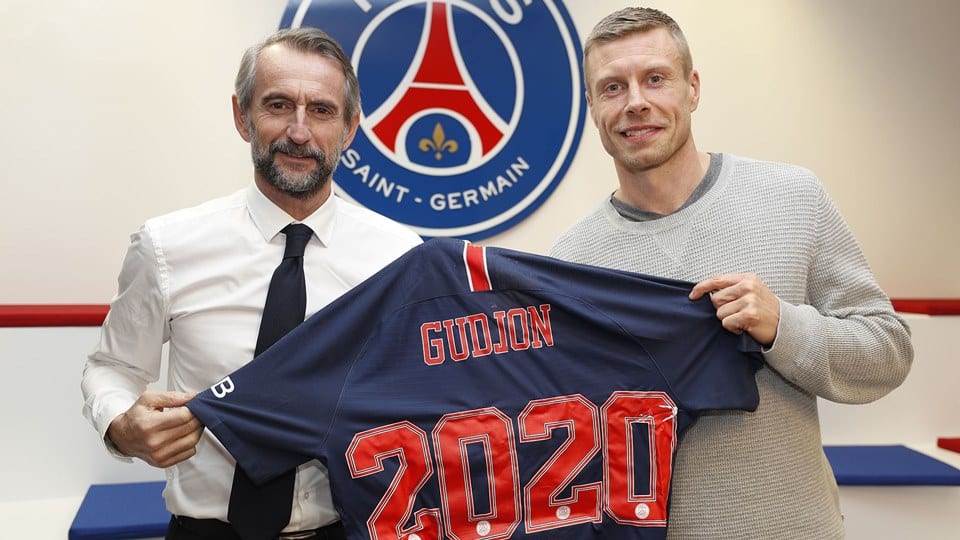 Paris Saint-Germain Handball signed contract with Gudjon Valur Sigurdsson for the 2019-2020. The Islandic left-wing will be linked to the Club for one year.

Gudjon Valur Sigurdsson will join Paris Saint-Germain after playing during more than ten seasons for great German and Spanish clubs, such as Gummersbach, Rhein-Neckar Löwen, Kiel ou and FC Barcelona. He will replace Uwe Gensheimer who is going back to Rhein Neckar Lowen.

The 39 years old left-wing is for at least a decade one of the main of team Iceland, where he played 352 games, scored 1 841 goals and a silver medal at the 2008 Beijing Olympic games.

Best scorer in Iceland national team history, « Goggi » has been elected best left-winger of the 2008 Olympics,  before getting the same reward at the 2012 and 2014 European championships.

“It is a very special day for me“, said Gudjon Valur Sigurdsson. “I was determined to join Paris Saint-Germain, the Club which has been at the top of European competitions in recent seasons. I’m excited to discover the Club, to meet my teammates and to start a new major challenge of my playing career. I hope to win as many titles as possible. “

“We are very pleased to have Gudjon Valur Sigurdsson here“, declared Paris Saint-Germain General Manager Jean-Claude Blanc. “He has proven himself by consistently playing at the highest level for many years at major European clubs, as well as becoming one of the symbols of his national team. He is an experienced player who will be a valuable asset to bring success to the Club and also to be a reference for our young talents. “, writes PSG Handball website.