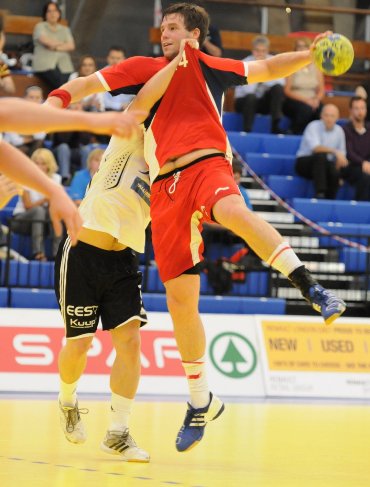 Handball is set to grow even more rapidly in England following the announcement that funding from Sport England for grass roots development will rise by nearly three times over the next four years.

Sport England have granted England Handball a total of £1.15 Million, which is nearly triple the amount of Whole Sport Plan revenue funding that the National Governing Body received over the 2009-2013 cycle.

The Sport England funding announcement comes in the week after England Handball announced buoyant participation figures, with participation in the National Schools Cup increasing by 40% and the total number of people taking part in handball once per week quadrupling to just under 12,000 compared to 2009.

Handball is widely seen as the success story of London 2012 with people scrambling for tickets to watch Handball during the games. England Handball is also reporting high levels of interest at Schools across the country as young people discover the high octane, entertaining sport for the first time.

Club participation has also increased since London 2012 with the number of affiliated clubs growing by 13% with many more clubs currently receiving support from EHA staff in order to become affiliated in the next eighteen months. This growth demonstrates that the London Games have left a national legacy for club handball in England. Club growth over the next eighteen months is anticipated to be a further 86% once the new clubs become affiliated to the Governing Body.

“The increased award is a reflection of the high regard that Sport England views England Handball. We are continuing to work closely with them to develop Handball in England and take the sport to the next level.”

“The increase in funding is testament to the hard work that the staff and directors have put in over the last few years. Last week we announced buoyant participation figures and this award is a reflection of the hard work put in. We have a hard working team of staff and volunteers and in times of austerity, they should be applauded for securing vital funds for the grass roots development of Handball in England.” Said Briers.

“Lord Coe stated that London 2012 would inspire a generation of young people to participate in sport and Handball is set to become the main beneficiary of that legacy. We’re seeing double digit growth across the nation and the funding from Sport England will allow many more young people to get involved”. He added