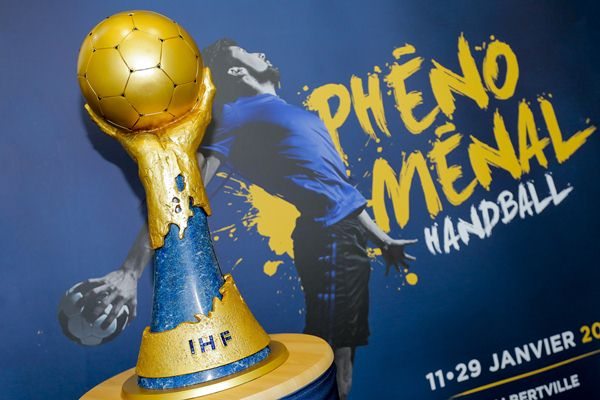 It’s time for the first big event in the new Olympic cycle. Even on the day of the opening ceremony, there is no doubt that France 2017 will break all the records in handball. A real PHENOMENAL HANDBALL days are ahead of us. As always, Handball-Planet.com will be there to give you closer insight into the clashes of 24 best national handball teams in the world.

We start with our traditional prediction of the tournament winners and losers.

BIG FOUR – Hungry Spaniards and Germans who are waiting for revenge

The first event after Olympic Games is always dangerous for the biggest teams because of “emotional exhaustion” after the longest summer in four years. As they are missing a big success at Olympics for, now, two decades, Spaniards are always more than fired up on the World Championship after it, as tradition showed in 2005 and 2013, when they won gold medals. TOP Spanish players are now even more motivated after collapse in qualification for Rio, to show from which material they are structured. This could be THEIR tournament.

The “last party” of Dagur Sigurdsson, the WORLD BEST COACH 2016, will have to show that three good tournaments, good players and strong logistic behind, aren’t just a case. Germany will have to find the way to the final over France. And, they were close in Rio to take the biggest scalp. Despite home fans, in direct encounter with two beginners from the other side Dinart and Gille, Icelander has a huge advantage and much lower pressure.

It is tough to say something except superlative about the team which have Nikola Karabatic, Thierry Omeyer and a lot more amazing players, but more than ever, they will have to fight with pressure of historic event and all the rivals who came to France where they have nothing to lose. It could be tough for the team with two coaches – newcomers.

The last team of TOP 4 should be Denmark. Their way to Paris Bercy would be the easiest over Belarus and Russia (maybe Norway). Don’t expect anything spectacular from Gudmundsson’s team until the final weekend, where they are going to chase Spain (according normal prediction). There everything is possible, but even after Olympic winning way, Danes are favorites “from the shadow”.

For the first time since 2003, when they made the biggest surprise in the history of Handball, by winning gold medal in Portugal as the last team of European Championship 2002, Croatia are out of the first row of favorites for the medals! Olympic quarter-final wasn’t something what made happy their fans’ army after years of fantastic results, but Balkan team now facing another reality. They lost authority. Domagoj Duvnjak is the only real star of the team. Goalkeepers’ problem for a years, injuries of Sliskovic and Maric, absence of Cupic, Alilovic and Karacic, most of PPD Zagreb, who have lack of experience for such important battles, are something which put Croatia in the “second row” alongside Slovenia.

Slovenians made step forward in Rio, where Veselin Vujovic’s boys played the most beautiful handball until quarter-final defeat over Denmark. They are probably not ready for more without Zorman, Bombac and Skof, but even TOP 8 is great success for such a small country.

Is it time for Russia? Team is full of routiners and fantastic players like Dibirov, Gorbok, Zitnikov, Atman, is always potential to explode. Torgovanov’s team has a nice chance to come closer to quarter-final by winning second place in the group ahead of Norway, Brasil and Poland like Hungarians.

It looks that spanish coach on Hungarian bench Xavi Sabate has much more clear situation than in Veszprem. Hungarians have very experienced roster with the players who knows each-others for a decades. With some fresh approach of younger guys, Hungarians could make some step forward in comparation with two last years of absence from Qatar 2015 and average EHF EURO 2016, where they lost a chance to play in Rio.

THIRD ROW: Qatar into reality – Scandinavians to keep the level

Qatar have no quality to chase the best team in the world. Fullstop. Valero Rivera did great things with the best Asian team by winning silver at WCh 2015 and getting into Olympic quarter-finals, but that was the pick of his work in Doha. Quarter-final in France would be dreaming result, but more realistic is to see the end in 1/8 finals. Sweden with the new coach and without some older players are on the new beginning, probably not ready for something big. Norway have more chances than neighboors to survive first knock-out battle, but Harald Reinkind is the guy who will miss them a lot.

Talant Dujshebaev will have to show the best of his coaching knowledge to avoid catastrophe of Polish team in France. There are no comparable situation with Polish in terms of “rejuvenation” drama further increased with injuries. If Poles reach 1/8, that would be like a final. In similar situation is another coaching giant Lino Cervar, who will sit on Macedonian bench for the first time on big event. Ristovski, Mojsovski, Pribak and Jonovski are now “history”, and some young guns are in the team to help Lazarov, Manaskov and Mirkulovski. Egyptian team will have a big fight for TOP 16 place with Qatar and Argentina. They can stay under the line easliy.