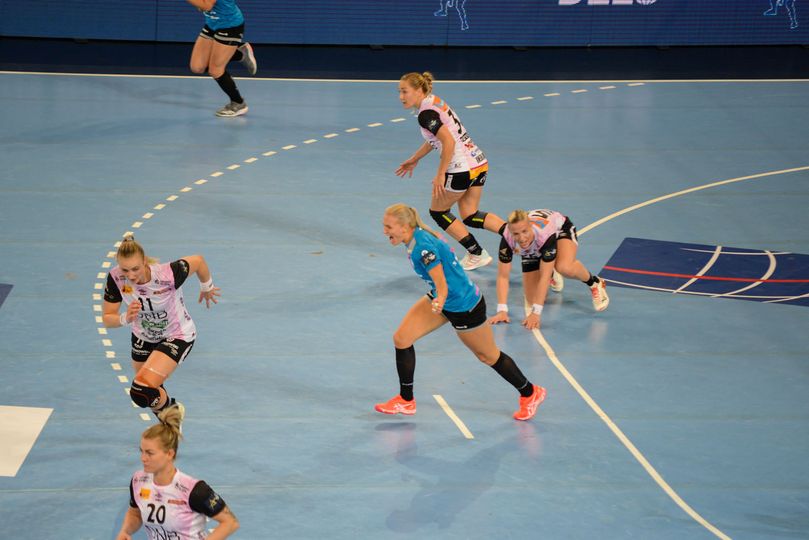 What could have been a hard-fought DELO EHF Champions League third round win turned sour for Rostov, who were leading 23:21 against RK Krim Mercator with two minutes to go.

Despite having two players suspended in the dying seconds, Tomas Hlavaty’s decision to substitute the goalkeeper for an extra attacking player would prove costly. With one second left, left wing Maja Svetik scored her second goal of the game to earn a point for Krim, 23:23.

Despite knowing that the game is not over until the final whistle, Rostov paid the price in a high-stakes game. Krim made their first point, after loosing at home by a single goal last week against Vipers.

Since November 2007, Györi Audi ETO KC and HC Podravka Vegeta have met nine times in the continental top flight, and Györ have now won all of them.

The DELO EHF Champions League match on Saturday was no exception, and although Györ led by just one goal at half-time, they greatly improved after the break to clinch a 43:28 victory. Home side scored 26 times in second half.

Odense Håndbold are playing just their second season in Europe’s premier club competition, yet they seem to feel confident at this level. Following a home victory against Dortmund last week, the Danish side went on to win at Valcea, 30:21.

Following an impressive home draw against Győri Audi ETO KC in the opening round, CSKA claimed their first-ever win in the DELO EHF Champions League, beating Buducnost 25:22. Similar to their previous match against HC Podravka Vegeta, the Montenegrin side enjoyed a good start, but CSKA’s assured comeback enabled them to celebrate victory at full-time.