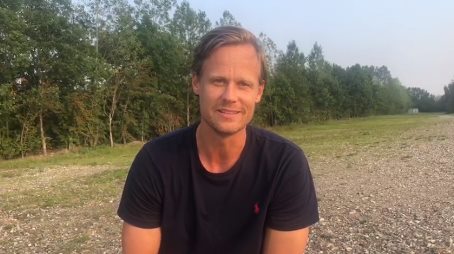 Legendary Danish right back Kasper Sondegaard has announced retirement from proffesional handball in summer 2020. The lefthander of the Danish Skjern playing in the club since 2011. Despite his quality and successes with the Danish national team, with the pick in Rio 2016, where Danes won the Olympic gold medal, the 38-years old shooter spent the whole career in domestic handball.

– I am very clear in my choice, although it has been a difficult decision. I have been – and still am – incredibly privileged to be able to live off what I love most and which has in many ways been my hobby.

– But when I notice, it’s time to try something new this summer, says Kasper Søndergaard, who has won 11 medals with the club since arriving at Skjern Handball in 2011.

– I need to get it out of the world so I can focus on the upcoming season. In my world, I think you have to make big decisions when things go well. I am injury free and highly motivated. The situation would have been different if I had been sitting out for six to eight months with a cruciate ligament injury.

– It may sound completely absurd that I myself say no thanks to Denmark’s best workplace. But I’d rather make the decision myself before anyone tells me that the time is up, says Skjern’s most winning player of all time.

The announcement from Kasper Søndergaard demands great respect from the Chairman of the Board, Carsten Thygesen.

– We have the deepest respect for Kasper’s decision and are grateful that he announced it in good time. We are incredibly proud as a club that for eight years Kasper Søndergaard has appeared in the green jersey.

– But it is difficult and almost impossible to relate to a Skjern team without Kasper Søndergaard, so we are pleased that we can continue to have him for the coming season, says Carsten Thygesen.