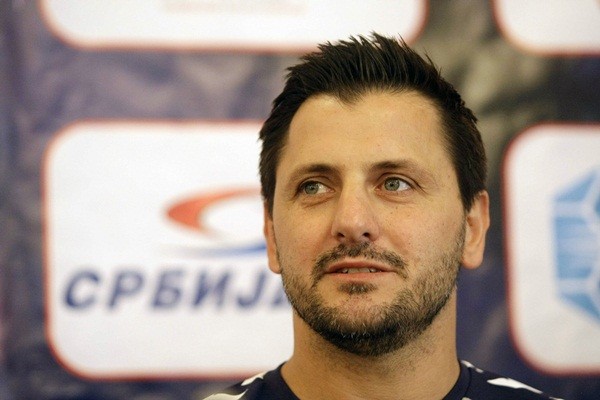 Ljubomir Vranješ, one of the greatest handball experts in the world, is heading towards a big dream with team which he has ended his great playing and started great coaching career – Flensburg. Handball town on German-Danish boarder has a huge wish to see their team on their first ever F4! All of the teams from top of Bundesliga, except for one from „Flens Arena“ have already been there, so there isn’t need for much talking about how Andersson, Eggert, Mogensen & co want to get their hands of „Lanxess Arena“. First question we have asked Ljubo was if he was satisfied with the draw and what team he’s preparing for Vardar:

– I am satisfied, if you can tell it that way. I think Vardar’s satisfied too. We could have easily get Kiel, Barcelona or Veszprem. All of these matches will be hard, and battle will last for whole 120 minutes… those were the words of Vranješ before commenting Vardar’s spectacular triumph over HSV:

– I have told my players before the match that Vardar can win in Hamburg, but still it came as big surprise for all. Vardar has player good and intelligent handball.

From position of Macedonian team, many people appreciate that Flenburg will come to „Boris Trajkovski“ hall for returning match…

– I’m fine with whoever is host first. You simply have to play 120 minutes of good handall in order to reach Cologne.

Tough matches are ahead of German team – struggle for trophies both in Bundesliga and in EHC Champions League.

– We’re playing F4 Bundesliga cup match against Rhein Neckar Lowen next week, but we got used to that tempo. Players have been in that rhythm for years. Of course, we have to play top level matches each three days, and that comes as a bit of concern for players because of injuries, but also for me – I need to do flawless calculations time and time again.

Concerning our constation that Macedonia is in enormous handball euphoria, great coach replies…

– Well, that’s normal. They should be euphoric. Three teams from Skopje on top, it’s incredible.

SHOT-CLOCK SHOULD BE GIVEN A CHANCE

„Hot“ topic in handball world lately is the initiative to limit the attacks timely. Vranješ has an opinion…

– Shot-clock is something that could be tried. We need to see what it really means for handball. I’m sure that there would be some positive sides to it – it would help us to know how much time we’ve got left for the attack. It would speed up the game, which would lead to increasing amount of technical errors, which again leads to question – is that good? It would be harder to do the substitutions and handball itself would change tactically. Shot-clock would make bigger effect than we think. And he adds…

– It all depends on the rules. How many times am I allowed to hit the defense block and continue to play? If I pass the ball to the line player two seconds before the end of the attack and it deflects from leg of defensive player, does it mean that I get to do a brand new attack with clock being reset? Depending on the rules, the referees would have different problems – Vranješ concludes.