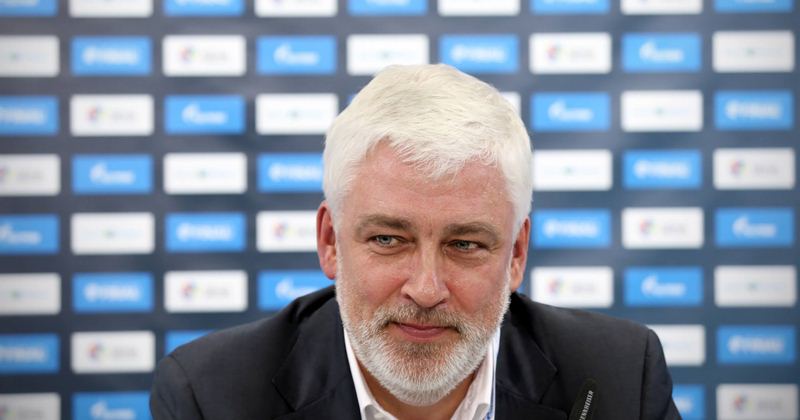 One of the most powerful persons in European handball, GAZPROM presiden’t adviser Alexander Meshkov, also a Co-founder of Belarussian giant Meshkov Handball Club speaks for the official club’s website of perspective of the project:

Meshkov Handball Club did not qualify into the Men’s EHF Champions League Last 16. Head coach Zeljko Babic pointed out that there are several positive aspects compared with the previous season. What is your opinion?

– The team certainly shows better performance. The main positive fact is that it came back to the EHF Champions League group stage. Meshkov Handball Club did not play there for six years. It is the biggest club league in Europe and we have to adapt to its rules and standards. We had to feel how to play in it. It’s important since neither Zeljko Babic as head coach nor many players have had any experience in the Champions League group stage. We lost some points but we got experience and a great deal of information we have to analyze. Next year we’ll have to work in different way to some extent. This season showed who is not ready for this level and who has some potential to show better performance in future. We’ll not prolong our cooperation with some players. Any game result brings something to think about.

What was the club’s goal in the Champions League?

– We had only one aim – to qualify into play-offs. We did not reach it. But life goes on. Meshkov Handball Club was founded only 13 years ago. We still have much to develop.

The club showed significant growth in marketing and management recently. Does it show any financial results?

– The level of players in Meshkov Handball Club is growing. Therefore the club’s office skills should also meet higher standards. Every detail should be taken into consideration. If the team is having lunch the players should do it together. If the team goes to away games the club should provide charter trip from Brest. We also are going to improve our medical staff. We lost only one goal to PSG and one goal to Kiel. There are many organizational details that lead to this defeat. This should be changed. Concerning marketing I believe that you’ll see significant changes in the beginning of the new season. It’s obvious that we should earn on marketing activities and create the product attractive not only in Brest.  The club was founded to honour my father’s name. He was the Honoured Coach of the Republic of Belarus. Actually he founded and developed handball in Brest region, was respected in our republic, did his job well. It’s important to commemorate his name – concluded Meshkov.