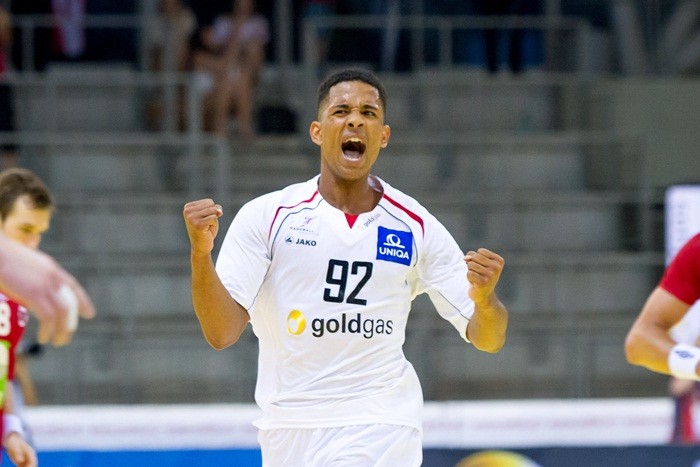 One of the best young left wings in handball world, Raul Santos is on the way to become a new member of Rhein Neckar Lowen according German media. The 23 years flying boy, member of Austrian national team will replace Uwe Gensheimer in Mannheim, who signed contract with Paris Saint Germain.

Santos has valid contract in VfL Gummersbach until 2017. He came to DKB Bundesliga in January 2013 from Austrian Leoben.

How serious player he is, Santos proved last season, when he netted 253 goals in DKB Bundesliga.