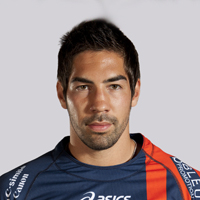 After meeting club’s president Remi Levy, it was decided that the team reintegrates Nikola Karabatic and Issam Tej into the team, which means that they will soon start training with the team and after the Men’s Qualifiers play again for Montpellier when the competitions resume. Remi Levy on his behalf said that he believes the players were speaking the truth after the private talks with them, and that this was sufficient for the team to decide that the players are to play again. On the other hand, Nikola’s younger brother, Luka Karabatic is to be sanctioned which is to be announced soon.