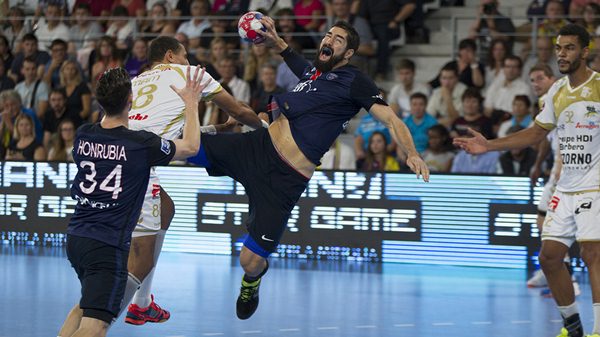 The world best handball player in 2014, Nikola Karabatić, will have to wait until his debut for the PSG Handball at the VELUX EHF Champions League. The 31-years old playmaker suffered fracture of right cheekbone during the match of the French Super Cup which PSG Handball won against Saint Raphael 29:27.

According the first prediction, ex FC Barcelona member will have to rest between three and six weeks, which will put him out of the Noka Serdarusic roster for the opening matches in the European elite competition.

The first match PSG Handball will play in Flensburg on September 19.