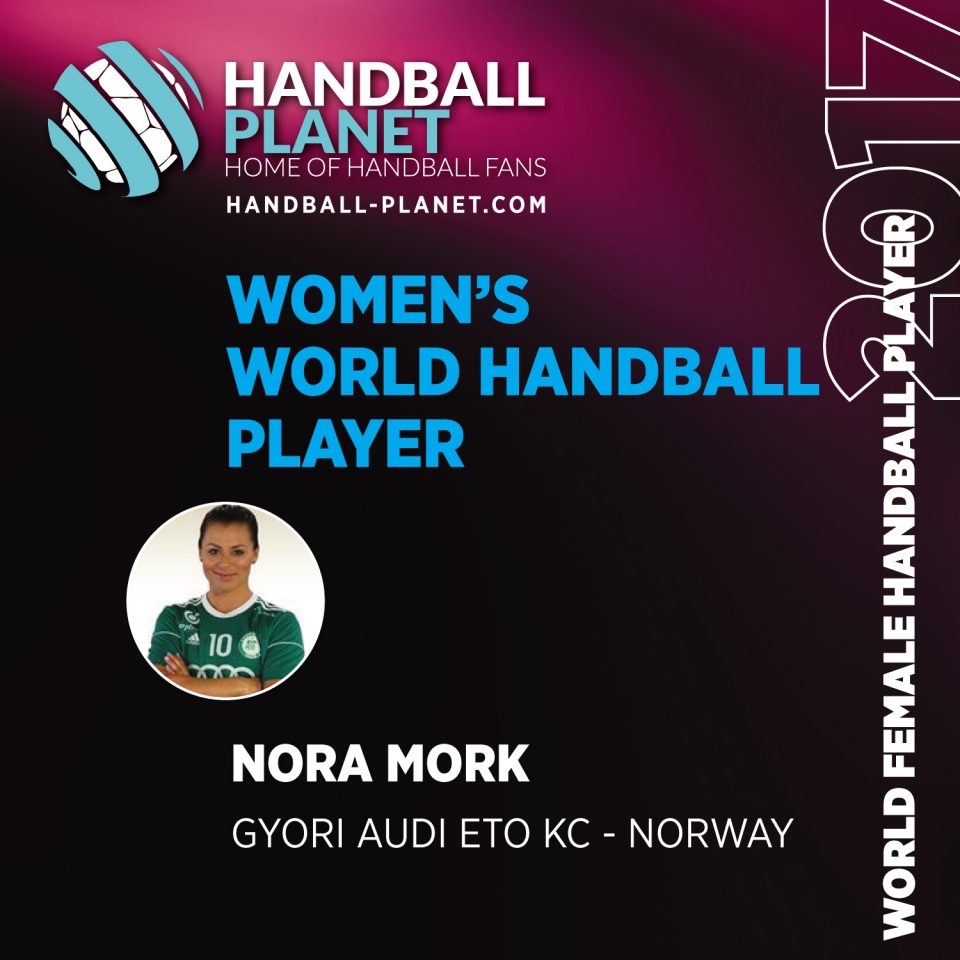 Handball-Planet.com is proud to announced that Norwegian superstar – right back Nora Mork is elected as WORLD FEMALE HANDBALL PLAYER 2017. The 26-years old lefthander of Norwegian national team and Hungarian Gyori Audi ETO KC got the highest support of Handball-Planet.com Jury consisted of handball Experts (16 handball journalists from 13 countries) together with the fans from all over the world who took a part in voting choosing from 32 nominated players on eight positions. 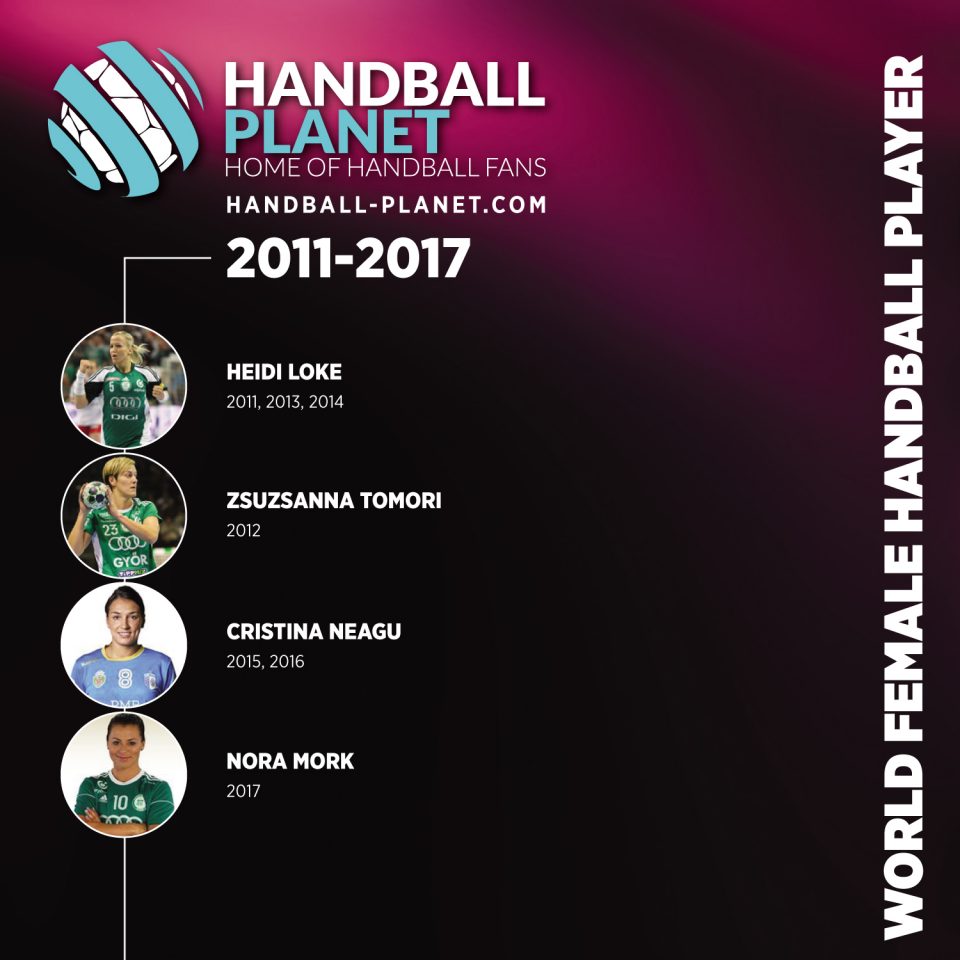 Our goal that handball world gets a public and fair contest for the World best players of the year, since 2010 received a big support from the parts of handball globe. WORLD HANDBALL PLAYER 2017 Jury has consisted of the people with their names and CV’s with the clear aim to get opinion from different countries, continents, handball schools and traditions. Our Jury members are famous handball specialists in their countries, which coming from the biggest media (Marca, TV 2 NO, Globoesporte, Aftonbladet), but also from specialized websites and newspapers as Handball Woche, Handnews.fr, Balkan-Handball.com, rushandball.ru, Handbollskanalen, Stregspiller…