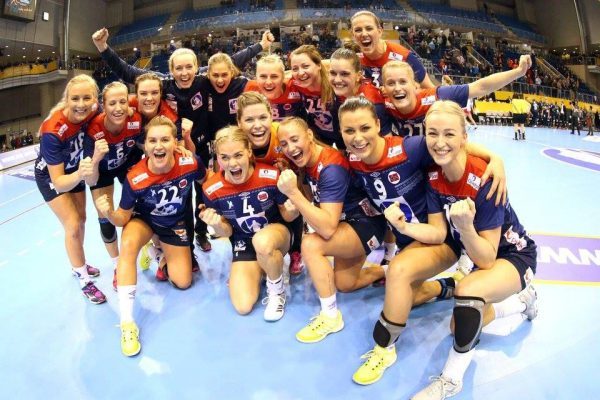 In an anticipated final, Norway beat Russia with a surprising score of 34-17 in the last quarter-final match at the GETEC-Arena in Magdeburg. The defending champions were notably superior against a rival that did not live up to the expectations of such a clash and will play their fifth consecutive semifinal in a big tournament.

It was the match everyone expected to see. Maybe not at this stage, but on the last weekend in Hamburg. However, the scenario for this clash of titans was the GETEC-Arena un Magdeburg and on the quarter finals of this World Championship.

Norway dominated from beginning to end and the Russia we were all looking forward to see did not appear at all. The first half finished with a 15-8 in favor of the Scandinavians, who were better in defense and, once again, could rely on an impecable Katrine Lunde under the posts. From the Russian side, Anna Kochetova helped keep the distance short on the first minutes, but a furious 6-1 score on the las 8 minutes of the half condemned the coached by Evgeny Trevilov.

On the second period, the Norwegian continued to score while the Olympic champions could not break through the solid defense before them. Surprisingly for everyone, Russia only scored one more goal on the second half than those they had scored after the first 30 minutes. The final result was 34-17.

Heidi Loke, who’s starting on the bench, but still makes good use of every minute she has on court, stated after the match: “It was a very good defense and with Katrine on the goal it was fantastic. She’s the best goalkeeper in the World, together with Kari Alvik Grimsbo, so we have the two best. Today we’ve had a good match, and if we keep this level in defense I think it will be hard for anybody to beat us”.

The Norwegian team captain was named MVP of the match, and she seems to be playing a competition agianst Mork, as they have taken most of the MVPs on this tournament. These were her impressions after the match:

-Funnily enough, the 8 goals Russia netted on the first half and the 9 goals converted on the second, match the amount of times you and Nora scored in the entire match respectively.

-Oh, that’s crazy! That was surprising, I didn’t know that. Of course both of us felt great today, all of the team pretty much felt well, it was a big match, so strong in defense. We managed to really take them out fast and also our goalkeepers were good, and we were able to run.

-What did you take as a positive thing from the match you played against Russia before the World Championship?

-We watched the videos and we saw some things that we needed to do a little better. But mostly it was about our defense, we needed to give them more kicks (laughs) and we managed to do that.

-Does the fact that the Netherlands didn’t have that one good game yet make them more dangerous?

-Maybe, their top level is really high, and if they manage to play on that level it will be a very tough match for us. We’ll start to see them again, we need to do the hard work, watch a lot videos and be ready again, and I think we can do that.