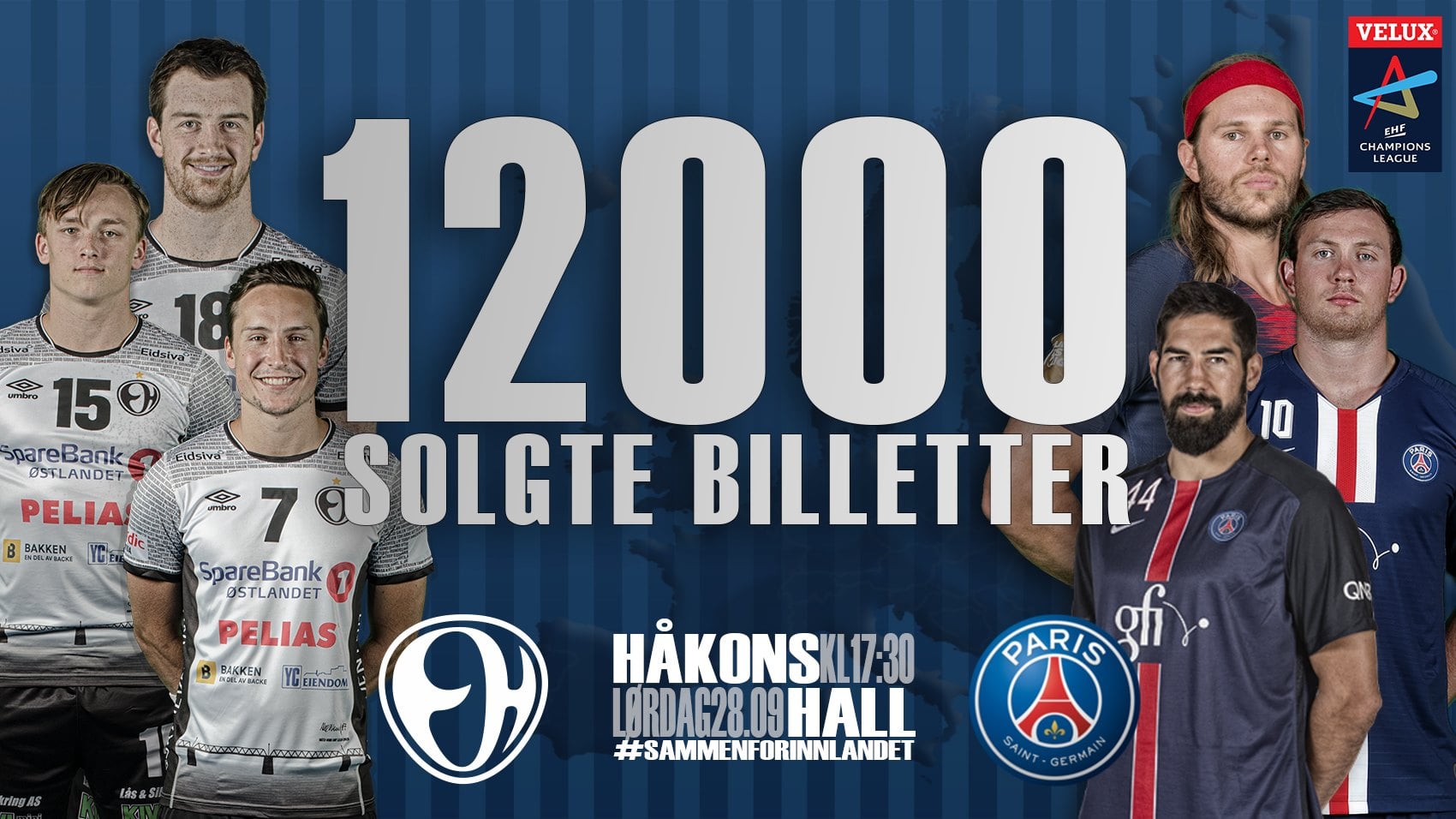 A huge job made Norwegian champions Elverum, who sold-out Hakon Hall in Lillehamer for the home match against PSG Handball.

Over 12.000 tickets are sold for the clash on Saturday (17.30 hrs), but the biggest reason for coming, the world-class star Sander Sagosen, who was choosen for the world’s best in 2018 by Handball-Planet.com, won’t be there on the court.

The 24-years old Norwegian playmaker is injured during the last national league match against Toulouse and will be absent for four weeks.