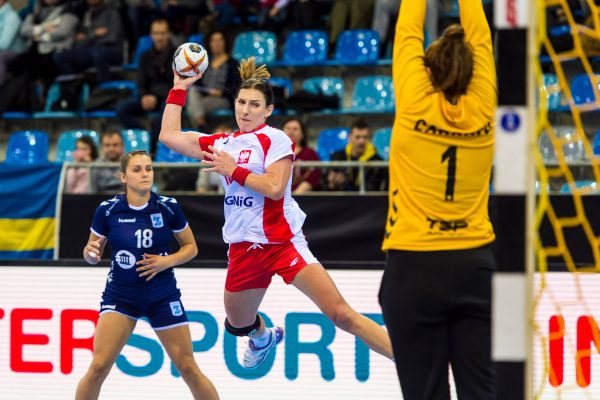 Poland secured a place in the Presiden’t’s Cup after beating Argentina by 38-20 in the last match of group round in Bietigheim-Bissingen. The coached by Leszek Krowicki stood up from the tough loss they suffered yesterday against Hungary and will now travel to Leipzig for the last two matches of the tournament.

It was not an easy match for the Polish as they had a hard pill to swallow after the loss against Hungary, and the first few minutes were tight, as the Argentinians started well. After the fist ten minutes the score was 5-7 and the South Americans were trying to hold the Europeans back, despite the huge physical difference.

The great amount of lost balls from Argentina gave Poland lots of chances to run the fast breaks, and soon the goal gap was no longer reachable for the conducted by Eduardo Peruchena. With 9 minutes left on the clock, the screen showed a 9-15 in favor of the Europeans and so the Argentinian coach called the first timeout. Things were going good for Poland, as they continued to score, via fast breaks, breaking through the defense, or finding the line player. The end of the first half was 9-19 as Adrianna Placzek denied the last penalty shot with time over.

On the second half Poland did not slow down and very quickly the extended the lead to 14 (9-23), forcing Peruchena to a second timeout after only four minutes. It was visible how difficult it was for the South Americans to face the Polish defense, not only because of the performance of the players, but also because of their physique. But what damaged Argentina the most were their own mistakes, the loss of balls in attack, which caused Poland to continue to run the fast breaks. The final score was 20-38 and the MVP of the encounter was Karolina Kudlacz-Gloc, who finished with 7 goals.

“We’ve suffered from the lost balls again, something that we’re suffered through the entire tournament. This is something we need to correct, because we allow too many fast breaks and once the other team has created such a big difference on the scoreboard, it’s hard to come back”, lamented coach Eduardo Peruchena.

On the other side, Leszek Krowicki was happy that his players were able to pick up themselves after the painful loss suffered the previous night. “I’m very satisfied with how we played today. It was very difficult for us, we have not fullfilled our ambitions in this tournament. It was not easy, mentally, for my players today, it’s been an intense tournament”.

Poland will now travel to Leipzig to participate for the President’s Cup, while Argentina will continue its adventure in Magdeburg to fight for the 21th place.