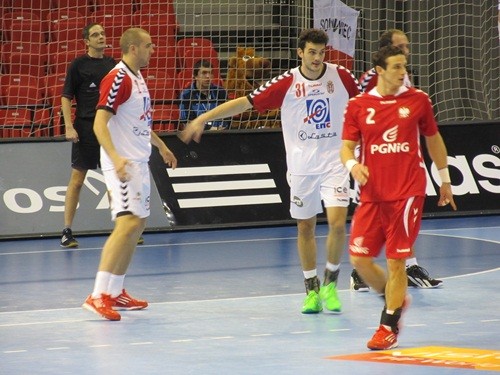 Next week will show the handball fans which of the two great teams is going to miss World Championships in Qatar. The unfortunate draw will make either Poland or Germany stay home next January. It might seem that after having missed two events recently, it is Germany that is more determined to win. They organised the best possible squad, brought back a few experienced players such as Johannes Bitter. However, Poles do not seem to care about their rivals’ situation. They are aware how important it is for Germans to finally qualify but they claim they cannot imagine themselves missing the Championships too.

In order to prepare for the battles, the teams have played friendly matches and both of them failed. First, Germany were defeated by Norway 30:32, and then Poland lost to the current world champions – Spain 22:25. As it is in case of such games, the teams did not show all their capabilities and it is hard to evaluate their real disposition.

It is also hard because not all players are ready to play, and it is Polish coach Michael Biegler who has a bigger problem as it is likely that two quite important players, Krzysztof Lijewski and Bartłomiej Jaszka, will miss at least the first leg due to their injuries. Jaszka’s absence may not be dramatically problematic but Lijewski is much harder to replace. On the other side, Germany will have to manage in Poland without new Kielce winger Tobias Reichmann.

The first battle of Qatar is going to take place on 7. June in Gdańsk; the second one on 14. June in Magdeburg.