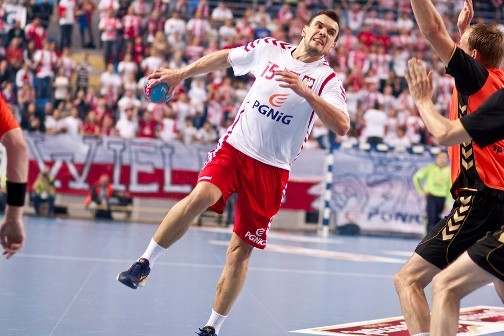 Today Michael Biegler’s players won 25:24 against hosts, but style of the game wasn’t really good. Czech played without their best players (like Filip Jicha, Petr Stochl, Karel Nocar) and actually they’ve played with their second squad. Polish team had really bad first half, they made a lot of mistakes and after 30 minutes they were losing 10:12. Finally they won by one goal, but their game was much better in second half. The best stickers of Poland were Bartłomiej Jaszka (with 5 goals), Adam Wiśniewski (4) and Michał Jurercki (4), but the best in whole match was Jiri Motl (9).

Now Polish National Team is coming back home, where they have some trainings. On 9th January they go to Spain and first game on World Championships they play on 12th January with Belarus.