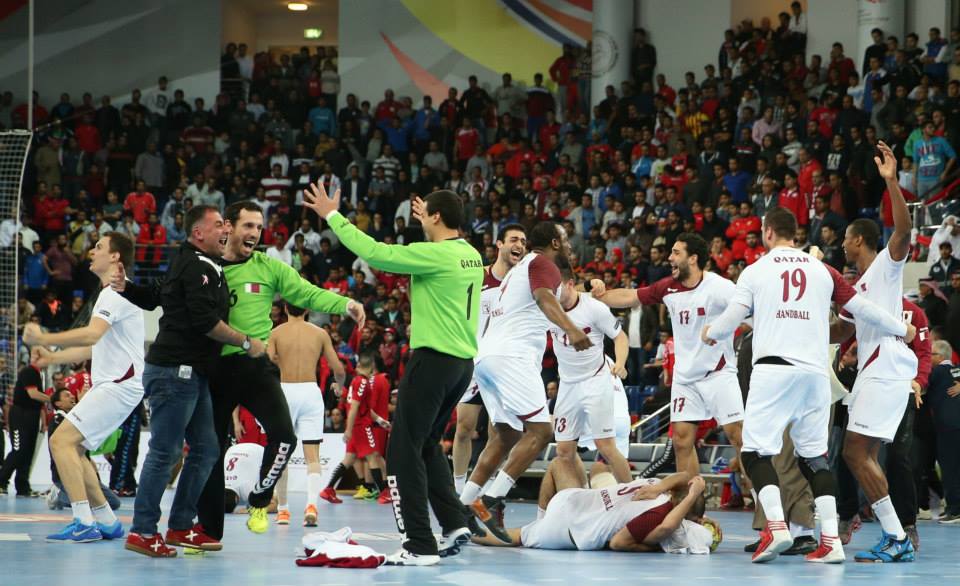 After 37 years in which only three teams have been the rulers of Asia (Japan, Korea and Kuwait), the biggest continent got the new champion – Qatar! Team coached by legendary Valero Rivera survived the hot atmosphere in the final match in Bahrain in front of 4.000 fans and won the gold against home team – 27:26 (14:14). Spanish coach won the second gold after World Championship in 2013 with his country in Barcelona and began his new handball mission in the best possible way.

Qatari best result was silver medal two years ago, when the were beaten by Korea 23:22.

The first ever medal won Iran by triumph over United Arab Emirates 29:23.

South Korea finished after victory over Saudia Arabia, which is the worst results for the most successful team of Asia in the history. Koreans won’t play at World Championship next January in Qatar.

Team from Asia who will participate in Qatar are home squad, Bahrain, Iran and UAE.