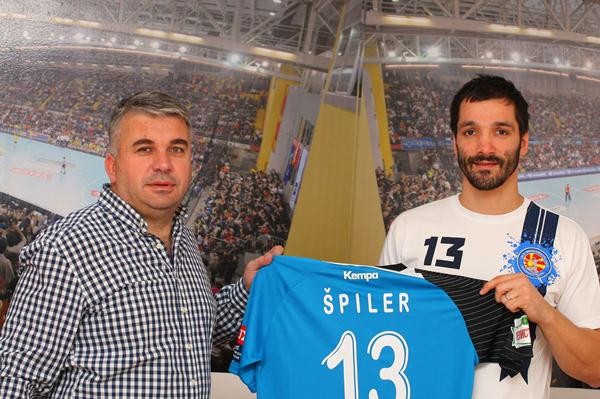 Experienced Slovenian playmaker David Špiler is the new signing of RK Metalurg Skopje. One of the biggest hits of European handball only a year-two ago, trying to re-built squad capable to fight again with the best teams of the VELUX EHF Champions League. The 32 years-old Slovenian coming after eight months break due injury, but also problems with HC Meshkov Brest, where he stayed without contract unexpectedly at the start of new season.

Špiler has played for RK Celje Pivovarna Laško, PPD Zagreb, before his adventure in Belarus.