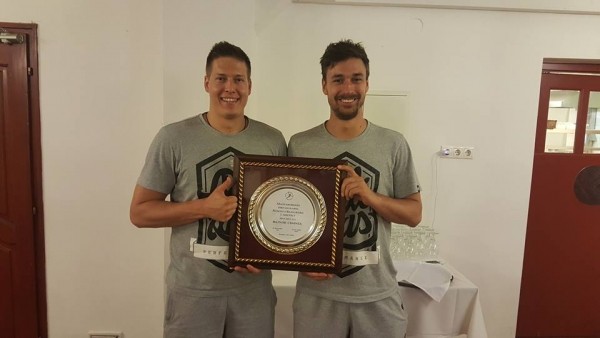 From Szeged to Veszprem, that is the way of almost all the best Hungarian players in their proffesional career. The best Hungarian squad from Veszprem announced  three days before the start of the VELUX EHF Champions League FINAL 4 in Cologne extension of the contracts for two domestic players – Mate Lekai and Roland Mikler until 2019.

Both of them came to Veszprem in 2014 with three years contracts in their pocket. Only after 12 months satisfaction from both sides made new deals possible.

Roland Mikler is voted as the “BEST BUY” in handball world this season after great performance during the year in the new T-shirt.