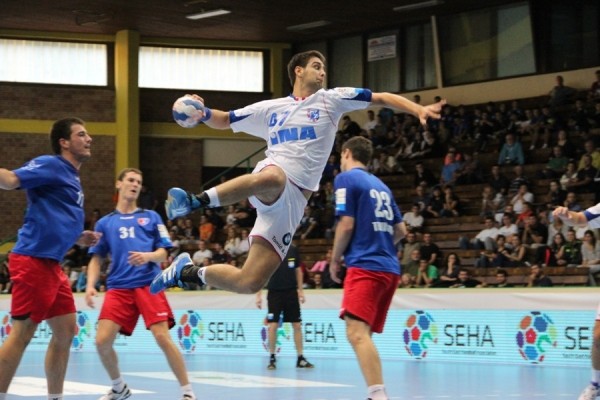 RK Zagreb and RK Metalurg had an easy opponents, and proved that they are the favorites by taking easy victories. The team of RK Zagreb PPD beat Radnicki Kragujevac with 27:18, but had trouble until the 15th minute of the game when Radnicki had a one-goal lead. The rest of the match was in Zagreb’s favour, with Ilija Brozovic leading the team with 5 goals from 5 attempts. Radnicki’s best was Ivan Rajicevic with 5 goals.

Metalurg Skopje did not work too hard to beat Borac Banja Luka 24:17. The Lino Cervar team took the lead from early start of the game, and held it until the end without Borac ever coming too close. Naumce Mojsovski scored 6 goals for Metalurg, while Nemanja Bezbradica had 5 goals for Borac.

In the derby of the bottom, RK Vojvodina and Nexe have player 26:26. The Serbian champions are still without a victory, a point behind Nexe…