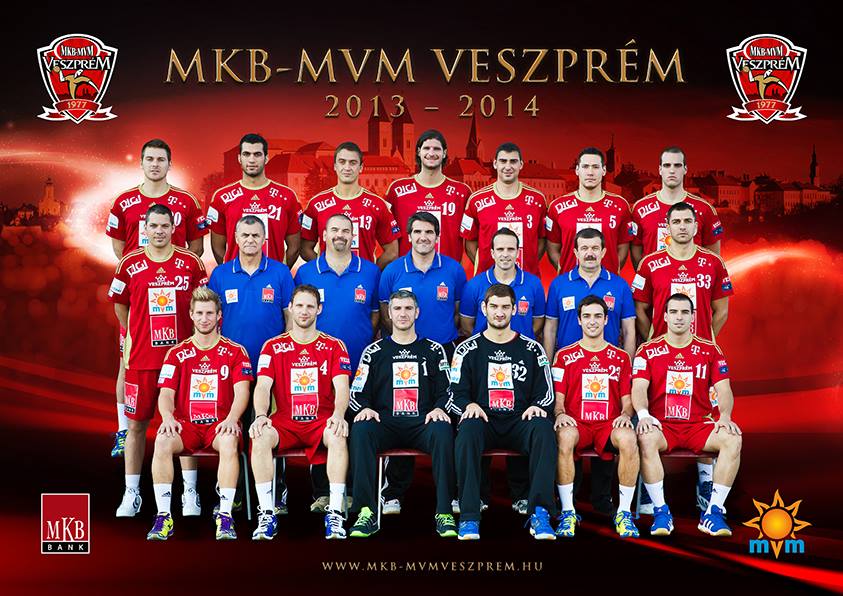 Hungarian champion MKB MVM Veszprem stayed out of the VELUX EHF Champions League F4 after contradictory matches with THW Kiel at the 1/4 finals last April, but dream of all Veszprem’s fans from the loudest handball hall in Europe “Veszprem Arena” is the same – event in Cologne next June! The name of the rivals can’t guarantee place at “Lanxess Arena” to any team in Europe at the beginning of the season. This is probably in the head of guys and the coach Antonio Carlos Ortega before the European season start – tonight in Russian Sankt Petersburg (20 hrs), one of the EHF CL outsiders a few years in a row.

Team had a small changes during summer. The biggest reinforcements are left back Momir Ilic and playmaker Carlos Ruesga, while the biggest departure is connected for the name of Gabor Csaszar. Spanish-Hungarian-Balkan mix of players are ready to fight for the dreams.

The second match of the opening day is clash between Rhein Neckar Lowen and Motor Zaporozhye.