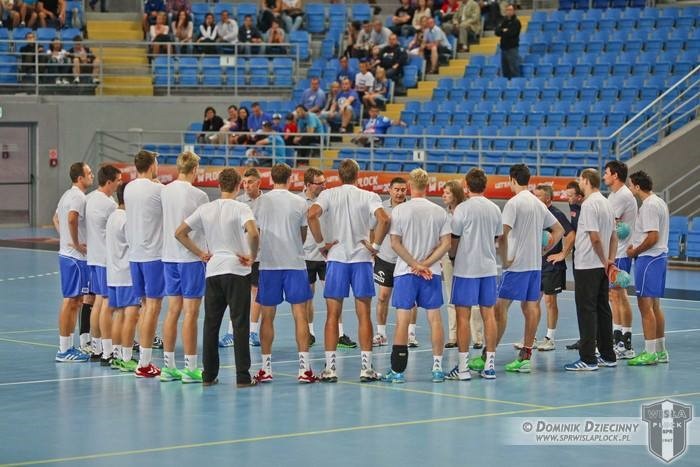 To intensify its search for young talent, SPR Wisła Płock will soon start working with European scouts and managers.

After a tumultuous summer, Orlen Wisła had to part with several of its players. In some cases, coach Manolo Cadenas decided this was the best course, while others were just too expensive for the club. With changes in the executive board, as well as the coach’s bench, the team-building strategy of the Oilers has also changed. “We are looking for young, promising players, whose financial expectations are within our reach,” Robert Raczkowski, president of SPR Wisła Płock, and coach Manuel Cadenas agreed before the season.

So far, only Ivan Milas has met these requirements and joined the club, but SPR Wisła Płock wants to go further. “We just didn’t have enough time after the summer break. We are now going to look for talent among European youth. To do this, coach Cadenas and I will build a network of managers and scouts in several countries to attract players who will be able to develop their potential in our club under the Spaniard’s tutelage. As we all know, this coach is famous for his ability to work with young players. Most of the members of the Spanish national team — the current world champions —entered the arena of top-league handball under Cadenas,” president Raczkowski announced.

“We are particularly interested in Southern Europe. As previous transfers have demonstrated, players from this region are perfectly at home in Poland and are currently the mainstay of our team’s strength. Naturally, we will not ignore other markets either, but we’ve decided that our chance of success in hiring players is highest in this region. We have already been able to make some valuable contacts, though a lot remains to be done to achieve our goals. We are open to all forms of cooperation in this area.”

What about young players from Płock? “Nothing has changed in this regard. Coach Cadenas will be watching the second team’s players closely and if he decides that any of them deserves to be promoted, he will certainly do it. We will continue to encourage close cooperation between the Spaniard and the coaches of the younger teams. As I have already stated in the past, I would very much like the core of the first Orlen Wisła Płock team to consist of Polish players, but when this proves impossible for whatever reason, we have to look for reinforcements abroad,” explains the leader of the Płock club. “Our company is financially stable, but its budget is, shall we say, rather modest in comparison with top clubs. We stand no chance against the European heavyweights when it comes to securing contracts with star players, as we can’t match the financial incentives they offer. So, we are looking for other solutions, while even today we manage to hold our own against the best teams. This is a good sign,” concluded Raczkowski.