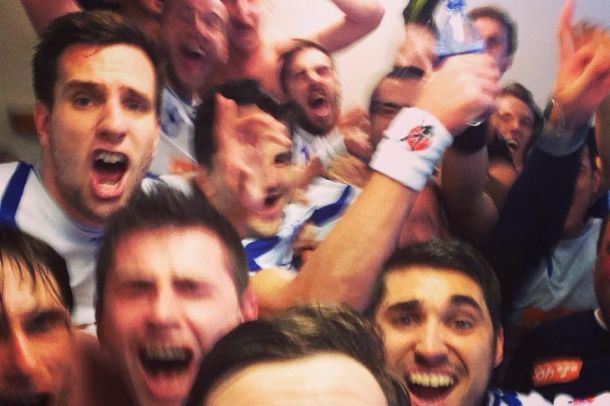 One of the biggest surprise in the European playoffs for the World Championship 2015 in Qatar was the match that was played in Reykjavik, Iceland. BiH won the first match home by one goal, and everyone thought that there is no way Iceland will let slip this opportunity at home to book their Qatar ticket, a team that is on paper much better than the Bosnian one. The “Dragons” however shocked the handball world, the game ended 29:29, and BiH led by coach Markovic is at the World CHampionship !

BiH started the match well taking the lead 3:1 and then 7:3. At half time, it was 5 goals advantage, BiH led 15:10. In the second half Iceland woke up, and took the lead at the middle of the half, but BiH did not give up, and managed to get a draw in the end which is enough for their first ever World Championship.

Nikola Prce scored 7 goals for BiH, while Sigurdsson was Iceland’s best with 9 goals.