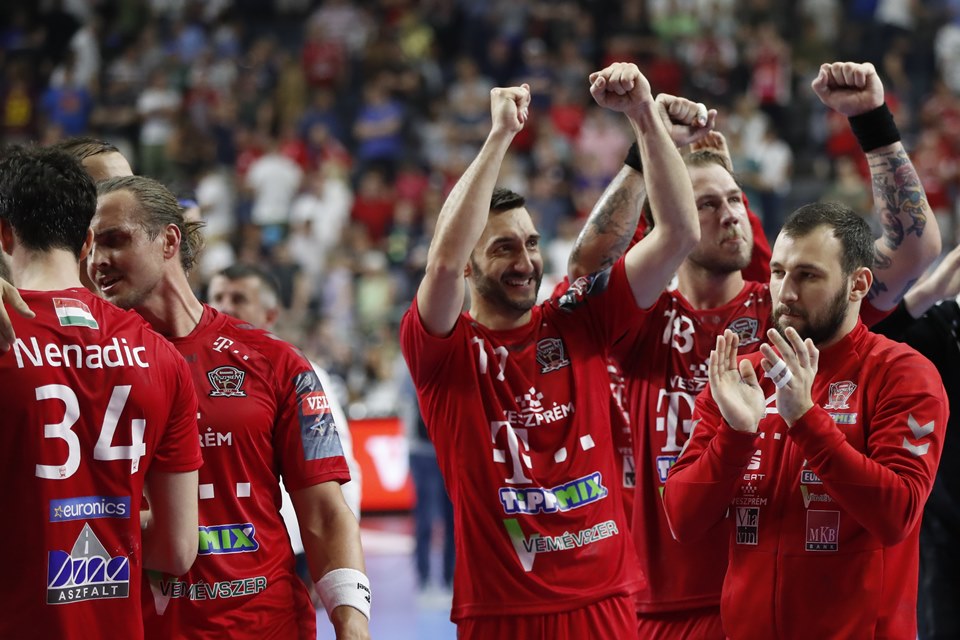 dr. Zoltán Csík, Managing Director, thanked the hard work of the players in the last years and wished them good luck for the future. – I am really sorry that we are not able to say goodbye in front of a full hall, in our last championship game. I hope, that we will have our chance to do so, in the Arena in front of the fans.

From the four leaving players, Mirsad Terzic will depart from the Club after 11 years, where he participated in 496 games and scored 605 goals. Terza will join the Polish side Wisla Plock.

Dragan Gajic arrived to Veszprém in 2016, and played 157 games and and scord 675 goals. The Slovenian right wing will continue his career in France with Limoges Hand.

Borut Mackovsek spent two seasons in Veszprém, where he played 85 games and scored 201 goals. He will play in Szeged next year.
Pawel Paczkowski came to Veszprém last summer, where he only played in 13 games in the 2019/20 season because of an injury. On these games, he scored 30 goals. The Polish right back will join the Belarussian Meshkov Brest next season.