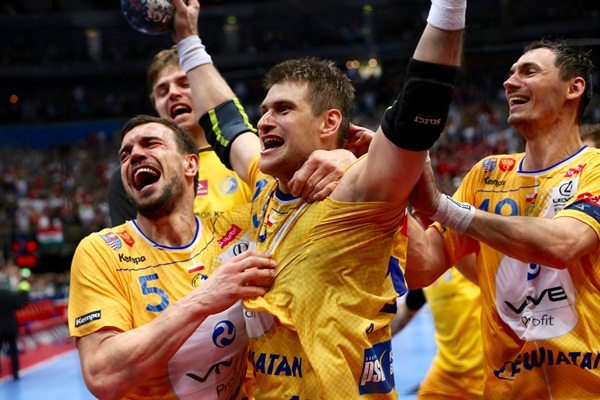 Europe’s premier handball competition returns this week. To celebrate, we present a guide to the coming season – who to watch out for and who is likely to end up at the Final4 in Cologne on 3-4 June 2017. Games will be broadcast freely on www.ehftv.com.

Main storyline: Since the Final4 format was introduced for the 20119/10 season, at least one of Barcelona and THW Kiel have made it to Cologne in each year, and both teams made it to four of the past seven tournaments. With newer teams such as Paris Saint-Germain and the Eastern Europeans on the rise, 2016/17 could see the first Final4 without either of the most successful teams in handball history.

Veszprém – Kiel (15/10/2016 in Hungary and 15-19/2/2017 in Germany), these teams have met in the semi-final in each of the last three years and represent the hottest cross-border rivalry in European handball.

Veszprém – Paris Saint-Germain (22/11/2016 in Hungary and 27/11/2016 in France), the draw has placed the two favourites for the title in the same group, and they will go at each other fiercely in a replay of last season’s semi-final match.

Every team in my expected order of finish:

Group A
1. Paris Saint-Germain Handball – The French champions have been getting closer and closer to the European title, and now boast more goal-scoring threat than ever before.
2. Telekom Veszprém – Having come as close as possible to the promised land only to stumble on the last step, the Hungarian champions went on a shopping spree and now boast three word-class players in almost every position.
3. FC Barcelona Lassa – Out with the old and in with the new, so this might be a season where the Spanish champions take a step back before they re-establish themselves as the best in Europe.
4. SG Flensburg-Handewitt – Some stability in the squad is welcome in northern Germany, and a visit to the Final4 is once again the target.
5. THW Kiel – Like Barcelona, Kiel is loading up on younger talent, which many pay off in the long-term but could lead to disappointing results in the interim.
6. Bjerringbro-Silkeborg – The Danish champions have the experience and ability to sneak through as the last qualifier from this top-heavy group.
7. Orlen Wisla Plock – Eternally in second place in the Polish league, Plock have shaken things up and will be targeting a place in the second round.
8. Kadetten Schaffhausen – The Swiss champions face a clear gap in depth compared to the rest of Group A.

Group B
1. KS Vive Tauron Kielce – The defending champions are not favoured to repeat, but they strengthened in the key positions of goalkeeper and playmaker, so it would be foolish to count out Talant Duyshebaev’s men.
2. HC Vardar – With every season the Macedonian champions are adding one more piece to a puzzle that increasingly looks like a Final4 berth.
3. Rhein-Neckar Löwen – The new German champions lost captain and star winger Uwe Gensheimer to Paris Saint-Germain, but are otherwise loaded with talent.
4. HC Prvo plinarsko drustvo Zagreb – Legendary pivot Igor Vori returns home to lead a team that is always a tough opponent to the wealthier clubs in the competition.
5. MOL-Pick Szeged – Replaced nearly half the squad, but it is the loss of Dean Bombač to Kielce that would hurt the most.
6. RK Celje Pivovarna Lasko – The well of young talent never seems to dry at the Slovenian champions, and is currently highlighted by electrifying right-winger Blaž Janc.
7. HC Meshkov Brest – The Belarusian champions feature a number of experienced players, and should compete for a place in the round of 16.
8. IFK Kristianstad – Sweden’s lone representative was more competitive than expected last season, but remains an outsider to qualify from this otherwise wide-open group.

Handball-Planet EHF CL 16/17 prediction – PSG and Veszprem to run for the trophy!