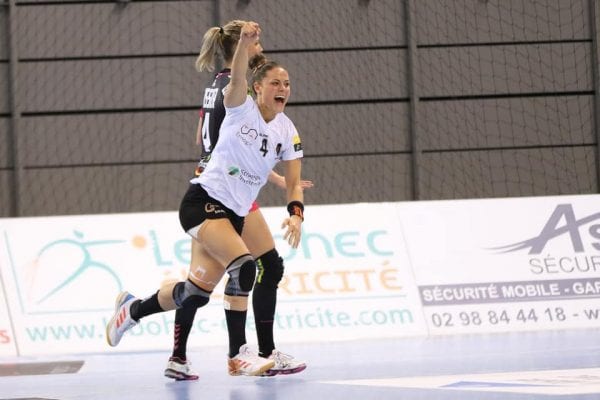 Thea Mørk has announced, on an post on Instagram, that she has decided to call off her career as a professional handball player. At age 27, the Norwegian left wing has spent nearly half of her career outside of the courts due to long term injuries. A hamstring injury ruled her out of the last EHF Euro 2018 in France after she had her first minutes on the second match of the competition against Czech Republic.

According with Norwegian media outlet TV2, Mørk said that “It’s very sad, but I feel done. I’m not working anymore”. The Norwegian player had finally received her long awaited chance to play with the national team in an official tournament for the first time this December. As a measure of caution, she saw Norway’s first match against Germany from the stands. According with Thorir Hergeirsson all tests were OK the day prior to the second match, so she completed the warm up and eventually had her first minutes on court. However, it did not last long as she went straight to the bench only a few minutes after having debuted. On the Brest Arena, Mørk’s dreams crashed down and it was impossible to hold back the tears.

“I’ve had so many injuries, but still had so much hope to join the national team for the European championship. When I was finally there, my body did not tolerate it. I get tired of having to consider all the time if I can play or I can tolerate things. I feel I’m not competitive”, confessed Mørk on TV2.

This last injury was all Thea could take. But don’t think she’s given up too soon before knowing her injury record: 3 ACL ruputures, 4 shoulder dislocations (with one of them having to be operated), two Achilles inflamations and various other muscle and joint injuries.

According with TimeOut Mag, Mørk has terminated her contract with her club, the Danish side København Håndbold. The outpouring of love for the left wing was almost immediate after her announcement on the social media. As per information on TV2, Nora’s twin sister will resume her studies on renewable energies and plans to get her master’s degree by the Spring of 2020: “In the last years, I have never trusted my body totally, that’s why I was studying all the time. When the others will leave to Tokyo, I will be finished with my studies. So if somebody has a job offer for me in 2020, I will happily take it”.